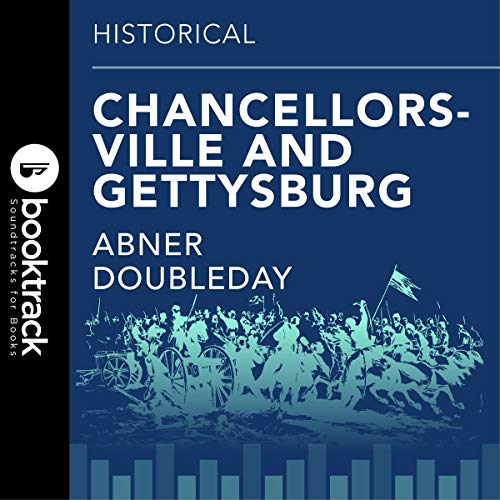 Listen to Chancellorsville and Gettysburg with a movie-style soundtrack and amplify your audiobook experience.

Abner Doubleday began the Civil War as a Union officer and aimed the first cannon shot in response to the bombardment opened on Ft. Sumter in 1861. Two years later, after a series of battles (including Antietam, where he was wounded), Doubleday took over a division in the Army of the Potomac's First Corps. These are his memoirs of service in two of the War's great campaigns. At Chancellorsville, a very promising start made by General Hooker against Lee's Confederate forces fell to a defeat when, in Doubleday's estimation, normal and prudent precautions against surprise in the heavily-wooded battlefield were not carried out; he also seemingly apologizes for Hooker's lack of leadership during the battle as a result of his having been stunned by a cannon ball hitting the post against which he was leaning.