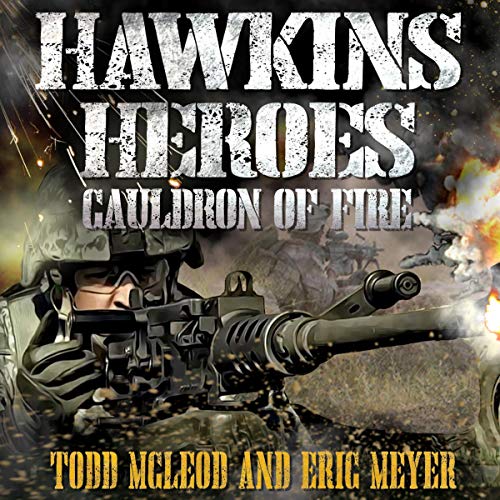 PFC Eddie Hawkins, a Browning .50 gunner based in Afghanistan, has a reputation as a man who shoots first and shoots straight. His Humvee is commanded by Sergeant Dan Jones, the platoon leader.

Leading a training mission into a dummy Afghan village, things go disastrously wrong after a foul-up by an intelligence major. As if it couldn’t be worse, the officer intends to make amends for his mistake and leads them back into the heart of the enemy.

Facing enemy machine guns and RPG rockets, they come close to destruction. Hawkins uses his formidable shooting skills to hold back the enemy onslaught. Yet, when everything looks lost, he falls back on his renowned skill as a top gamer to stave off certain defeat.

Cauldron of Fire is the third short novel in the Hawkins’ Heroes series. A collaboration between Todd McCleod and Eric Meyer, the best-selling author of more than 50 war novels.

What listeners say about Cauldron of Fire