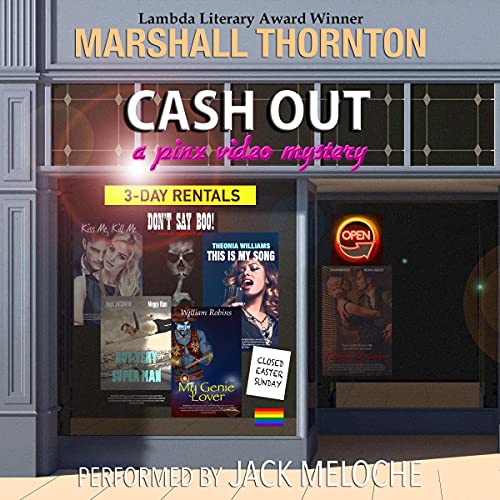 By: Marshall Thornton
Narrated by: Jack Meloche
Try for £0.00

It's Easter 1993, and the gang is going to Las Vegas for Angie's surprise wedding. Noah is attempting to recover from a bad bout of the flu - and his disastrous Valentine's Day, and is not all that excited to meet his new relatives: Cotton Preston and his three grown daughters. They're staying at Lucky Days casino, a hotel with notorious mob connections...and family connections. It's only then that Noah and his friends realize his future step-father might just be a mob lawyer. Things get worse from there with a mysterious appearing (and disappearing) suitcase full of cash, an aunt who's not an aunt, a crazed redhead and...Wilma Wanderly.

What listeners say about Cash Out