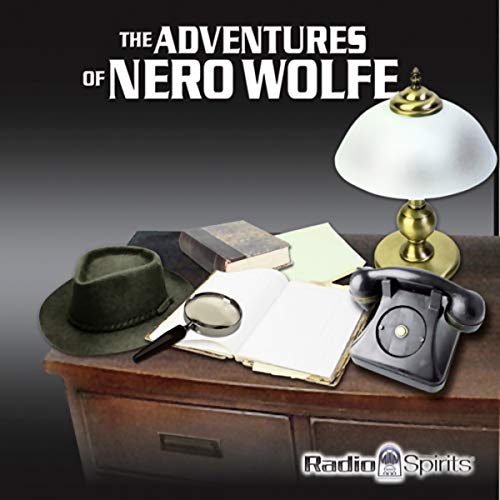 Case of the Friendly Rabbit

By: Adventures of Nero Wolfe

This episode of the Adventures of Nero Wolfe first aired on December 1, 1950.

Nero Wolfe, featured in 46 novels, movies, and television series, first came to radio on April 7, 1943. The great character actor Sydney Greenstreet played him from 1950-51. Wolfe, the "gargantuan gourmet", solved crimes with an attention to detail that rivaled the great Sherlock Holmes. The overweight detective of Rex Stout's novels refused to leave his elegant brownstone on business, sending his wisecracking, two-fisted assistant, Archie Goodwin, out to do his legwork. This peculiar private investigator preferred tending to his beloved orchids over solving crimes. In fact, the only reason he worked at all was to keep up his lavish lifestyle.

What listeners say about Case of the Friendly Rabbit

Not the best of the series of Nero Wolfe stories but a few interesting twists.

Go for it Archie

While listening you can actually feel some of what Rex Stout was trying to get across. Love Nero and Archie. I think you will enjoy if you like the Rex Stout Characters.

Another great little story. This stories keep true to Stouts books. Wolfe is a lazy but great detective. Archie is a Casanova detective. These stories I think are the only ones who combine armchair detecting with hard boiled detecting. They are still great to read and to listen to.