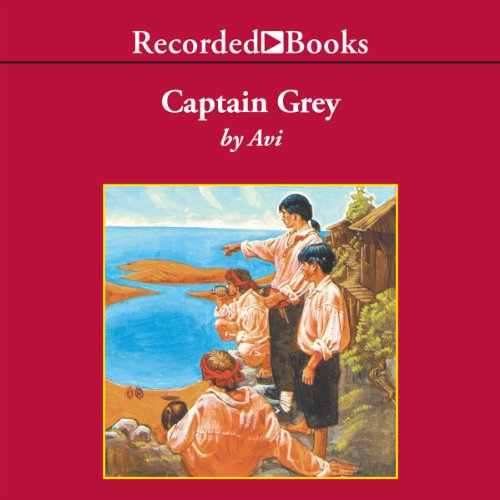 By: Avi
Narrated by: Ron Keith

Eleven-year-old Kevin Cartwright can hardly believe his ears when his father, a brave soldier wounded in the Revolutionary War, announces that he is leaving Philadelphia and never coming back. He is heading into the untamed wilderness of New Jersey, where he hopes to find a peaceful place to raise Kevin and his little sister. But in 1783, New Jersey is filled with secret traps and hidden dangers. Before the family has traveled far, Kevin is captured by the mysterious Captain Grey and his murderous band of pirates. These lawless men of the sea say they have killed the boy’s father and sister. Will Kevin be next? Or will he find a way to escape?

Avi, who won the Newbery Honor Award for The True Confessions of Charlotte Doyle, has once again created a thrilling historical novel packed with adventure and danger. One of today’s most popular and highly acclaimed authors of books for young listeners, Avi has been honored with numerous awards, including the Golden Kite Award from the Society of Children’s Books Authors.

What listeners say about Captain Grey