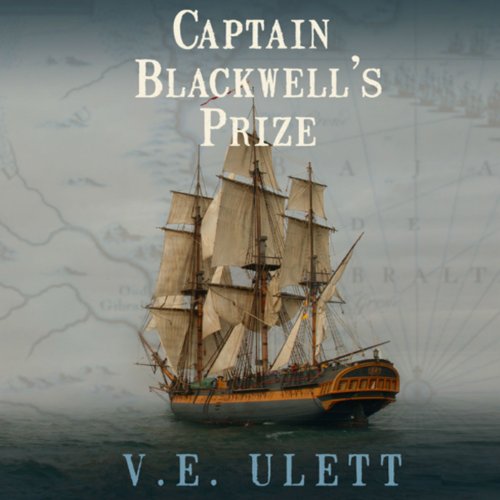 A romantic adventure from the days of wooden ships and iron men, Captain Blackwell's Prize is a story of honor, duty, social class, and the bond of sexual love. A small audacious British frigate does battle against a large but ungainly Spanish ship.

British Captain Blackwell intercepts the Spanish La Trinidad and outmaneuvers and outguns the treasure ship, then boards her. Fighting alongside the Spanish captain, sword in hand, is a beautiful woman. The battle is quickly over. The Spanish captain is killed in the fray and his ship damaged beyond repair. Its survivors and treasure are taken aboard the British ship Inconstant.

Captain Blackwell's Prize features sword fights and sea battles alongside the manners, ideas, and prejudices of men and women from the time of Nelson and Napoleon.

What made the experience of listening to Captain Blackwell's Prize the most enjoyable?

The narration fit the vocabulary, pace and setting of the story perfectly.

The Captain! I found myself lost in the time of yesteryear, going from wanting to pop the Captain in the back of the head to sitting on the edge of my chair during the fighting scenes!

Would you be willing to try another one of V. E. Ulett’s performances?

Oh, god no. I wish I could return the audiobook and purchase an e-book copy of the story. I appreciate the author creating an audiobook but a performer she is not. It being her own work, I really would have expected a less mono-tone and sleep enducing story.The book is great but desperately needs to be recorded by someone with more expression in their voice.Disappointed.