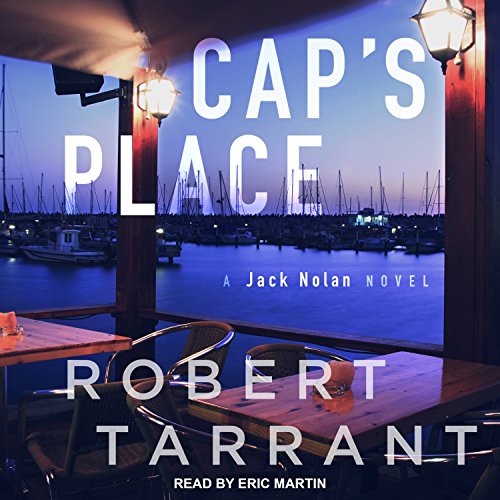 By: Robert Tarrant
Narrated by: Eric Martin
Try for £0.00

Jack Nolan had his life all mapped out as he pursued a promising career as an attorney in Michigan. Suddenly his world was knocked out of orbit and he found himself living with his Uncle Mickey above Mickey's bar in South Florida. Mickey's untimely death leads to Jack becoming a bar owner. Jack's protective approach to his life includes staying emotionally uninvolved with everyone around him, those who work at the bar, customers, and the objects of his frequent one-night stands.

Without warning, Jack finds himself struggling to protect his beautiful bartender from unknown forces intent on killing her. Jack is confronted with decisions that require him to ignore rules he had previously deemed unbreakable. The characters who inhabit Cap's Place turn out to be much more complex than Jack ever anticipated.

What listeners say about Cap's Place: A Jack Nolan Novel

Just enough to keep me interested in this series

The Cap's place series attempts to combine a light and fun plot with intense suspense. Many authors are capable of pulling this off, but at this point in his career Robert Tarrant is not. Nevertheless, there is enough promise here to keep my interest in continuing the series. The ending is clumsy as it hints of a nebulous cliffhanger. Narration is excellent.

I believe that this is his first novel and of course it is the first in the series. It actually saved my life cuz I just came off reading to horrible horrible books. this is not Pulitzer Prize literature. on the other hand it's like the thing the doctors promise, first Do no harm. it wasn't bad, a couple of interesting characters, and just enough so that I have already purchased the second in the series. I expect it will be better as this other learns a little bit more and reads a few of his own reviews. we shall see. Worth a credit.

The narrator did a great job brining a fun and engaging story to life! Excellent!!!