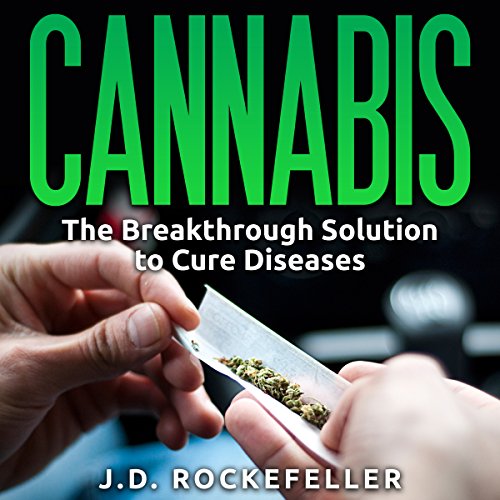 By: J.D. Rockefeller
Narrated by: David Angell
Try for £0.00

In the world of medicine, experts are constantly looking for the right method to cure illnesses and diseases; they are willing to spend thousands and millions of dollars when it comes to research. Despite the state-of-the-art technologies that are created to come up with the most effective means to cure diseases or illnesses, scientists and experts still have not met the requirements to provide treatments that are affordable and have only a few side effects.

For instance, people who are suffering from late-stage cancer may not get the real treatment they need. Costly treatments like chemotherapy may just help them relieve the symptoms and prevent the cancer cells from spreading, but will it take away the cancer? Sadly, no; the patient still continues to struggle and will not acquire the recovery that he or she deserves.

On the other hand, there's one alternative treatment that is deemed promising and a breakthrough when it comes to curing various diseases and illnesses, and it is no other than cannabis, or marijuana, a popular plant that is always associated with dangerous drugs and prohibited by the government in most parts of the world.

Many textbooks, magazines, journals, and documentaries have been made about marijuana, and sadly not all of them are in favor of cannabis. This may be due to the stigma that has been attached to marijuana for several decades already. It can be associated with the extensive use of marijuana that can cause a feeling of being high, just as other illegal drugs do. This became more apparent in 1971, when President Nixon declared a war against drugs, and this included marijuana.

Marijuana was used by our ancient ancestors in many corners of the world. There is evidence that shows that cannabis was indeed part of their daily activity, as several remnants of cannabis were found in ancient sites and mummies.

What listeners say about Cannabis