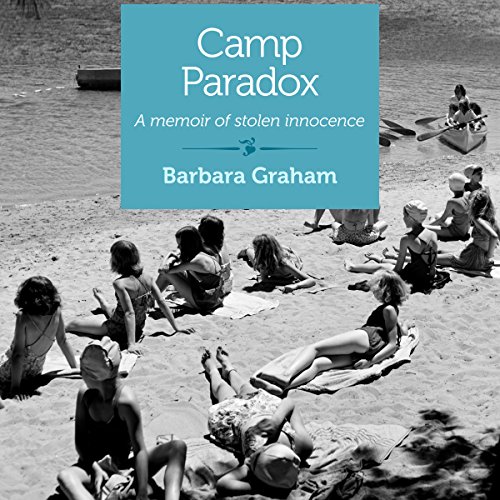 This haunting yet wry coming-of-age memoir set at an all-girls summer camp fast-forwards decades into the future as Barbara Graham grapples with the knowledge that the "love affair" she believed she'd shared with her female camp counselor in the 1960s fits every definition of sexual abuse. The book will appeal to anyone who has experienced a betrayal of trust or conflated love and abuse.

Barbara Graham's latest book, Eye of My Heart: 27 Writers Reveal the Hidden Pleasures and Perils of Being a Grandmother, was a New York Times best seller. Her essays have appeared in many magazines, including Glamour, More, National Geographic Traveler, O the Oprah Magazine, Psychotherapy Networker, Self, Time, Utne Reader, and Vogue and have been collected in numerous anthologies. She has written for websites such as AARP, Beliefnet, Grandparents.com, the Huffington Post, and NPR, among others, and is a columnist for PurpleClover.com. Barbara's plays have been published by Dramatists' Play Service and produced off-Broadway and at theaters around the country.

This is a short audiobook published by Shebooks - high-quality fiction, memoir, and journalism for women, by women.

"This beautifully written account of a girl's soul-shattering experience is a teaching story. Graham shares her journey from trauma to transcendence and reminds us that facing pain honestly transforms it into redemption." (Mary Pipher, author of Reviving Ophelia and The Green Boat)
"Barbara Graham's memoir Camp Paradox is a clear, insightful, and important story that needs to be heard. Although we've made great strides in exposing the sexual abuse of children, the sexual abuse of girls by women is still a subject rarely talked about. But this is not only a book about suffering. It's also a book about healing - about reclaiming our selves and becoming whole again. Camp Paradox is engaging from the opening paragraph all the way through to the suspenseful and rewarding ending." (Ellen Bass, author of The Courage to Heal and many books of poetry, most recently, Like a Beggar)
"This eye-opening story of violation and love, romance and rape, is unlike any memoir that I know of. Witty, heartbreaking, yet finally hopeful, Graham tells her initiation story of summer camp sex and betrayal with clear-eyed compassion and unsparing truth." (Mark Matousek, author of Sex, Death, Enlightenment)