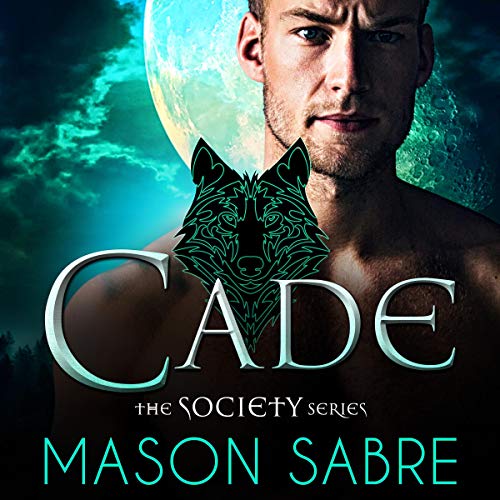 By: Mason Sabre
Narrated by: Gary Murrell
Try for £0.00

Cade MacDonald is a man who has always had a sense of right and wrong. He fights for justice and does not back down in the face of danger. As a member of Others, a supernatural race of powerful, fierce shifters, who do not accept or sympathize with any humans, or any race other than their own, he now finds himself in a battle with the Other Society’s leaders as they oppose his attempt to save the life of a young half-breed.

Fighting to do the right thing, Cade is simultaneously faced with the unexpected attraction he feels for his best friend’s sister. Having grown up with Gemma, he is confused and torn at the strong pull of his wolf towards this beautiful tiger. Willing to accept any repercussions of his rebellious actions, will he go as far as to lose the love of his life in the process?

What listeners say about Cade

The narrator doesn’t seem to portray the characters very well . It’s apparent that he’s reading the book. There’s no passion in his words.

Excellent 1st Story in Series, There is a Perquel

I thoughly enjoyed this Story and can barely wait for the next book In this Series on Audible!!
Main character is Cade a Wolf shifter and a very gental hearted man who finds a young boy unconscious in the woods. The boy is featured as main character in the prequel story, and this just expands on this. The humans in this book are not very nice( very true to the actual Truth) bigoted, fearful, heartless, cruel to anything they do not understand and are afraid of.

I loved this story! So glad Phoenix got his place in the world of others. I enjoyed the way that some of the chapters ended with music.