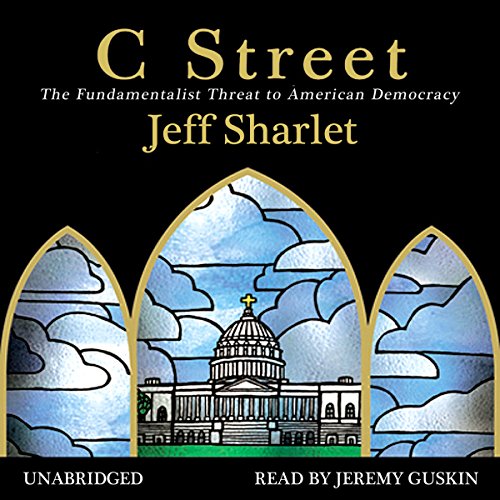 Jeff Sharlet is the only journalist to have reported from inside the C Street House, the Fellowship residence known simply by its Washington, D.C., address. The house has lately been the scene of notorious political scandal, but more crucially, it is home to efforts to transform the very fabric of American democracy. And now, after laying bare its tenants' past in The Family, Sharlet reports from deep within fundamentalism in today's world, revealing that the previous efforts of religious fundamentalists in America pale in comparison with their long-term ambitions.

When Barack Obama entered the White House, headlines declared the age of culture wars over. In C Street, Sharlet shows why these conflicts endure and why they matter now - from the sensationalism of Washington sex scandals to fundamentalism's long shadow in Africa, where Ugandan culture warriors determined to eradicate homosexuality have set genocide on simmer. We've reached a point where piety and corruption are not at odds but one and the same. Reporting with exclusive sources and explosive documents from C Street, the war on gays in Uganda, and the battle for the soul of America's armed forces - waged by a 15,000-strong movement of officers intent on "reclaiming territory for Christ in the military" - Sharlet reveals not the last gasp of old-time religion but the new front lines of fundamentalism.
©2010 Jeff Sharlet (P)2010 Hachette Audio

What listeners say about C Street

A decent sequel to "The Family"

Compared to the author's previous work, "The Family," "C Street" seems like an addendum, although at nearly nine hours of listening time, "C Street" is far more substantial than a footnote and its content and focus differ from "The Family" to make "C Street" a worthwhile purchase. (Yes, there is some overlap, but comments exasperated by this are overstated. How could there not be overlap when an author's second topical book follows the original?) After dealing with background of the C Street residence, residents, and scandals, the book settles down to cover the hypocritical "lapses in morality" (God-forgiven, of course) of three C Street-resident politicians who were so busy with their prayer groups they barely had time to cheat on their wives. Unlike gays' existence, adultery is a sin politicians and constituents can forgive, with careful messaging and great effort to keep financial high jinks to each respective spouse under wraps. "C Street" covers Mark Sanford most in-depth. Sanford, of course, is famous for disappearing for six days, supposedly hiking the Appalachian Trail but actually in Argentina building memories of his "heart's desire"'s "breasts" and "tan lines," as recorded in letters his wife would later discover. Whoops-a-daisy. Mark Sanford gave author Jeff Sharlet heaps of information to include in the book; he wasn't as fortunate with the other C Street "prayer warriors" so their inclusion in the book seems off-balance and skimpy in comparison. I recommend "C Street," after "The Family." It's a good refresher of how naively accepting (even welcoming) most Americans are of Christian supremacists, who are now American fascists with Trump, their charismatic-hero leader, at the helm.

Well researched and well written and read! Excellent. In Trump days, with Pence recruited into the family by Chuck Colson, this is so vital to know about.

Not Much Of A Sequel

this book gives insight and deep understanding of why so many people are asking 'what the he'll is going on in America now?' must read.

A MUST READ FOR CONGRESS WHO CARES ABOUT DEMOCRACY

Breath taking, eye opening, just like The Family, impossible to put down. Hopefully action provoking for us all.

what is the trouble with Congress now? read!

if you haven't read the family for a full background, I suggest it, although this. book is self explanatory. Jeff Sharlet is an excellent writer. this book explains how Cristian fundamentalism is destroying our government. it is frightening to see how many of our senators. congressmen, and judges now believe that God wants the USA to become a theocracy. this theocracy of course is run by the chosen elite, selected by the family. it reads almost like science fiction...but unfortunately it is reality.