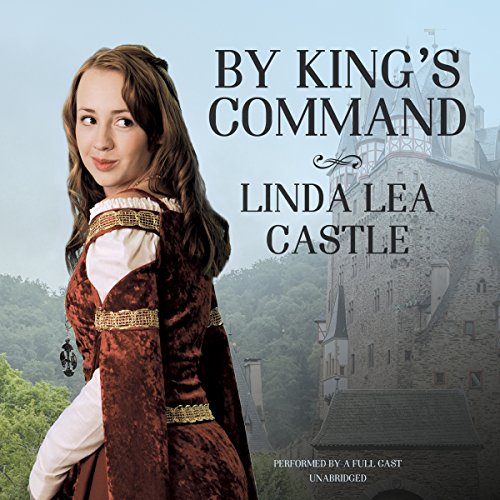 By: Linda Lea Castle
Narrated by: full cast
Try for £0.00

A full-cast production based on the novel by award-winning, best-selling author Linda Lea Castle.

The year is 1208, a time when most heiresses do their duty. But not Elsbeth of Camley, for she would rather join a holy order than be bartered off and expected to breed well and often. Elsbeth flees to Lambeth Abbey with her dower coin and unwittingly sets off a chain of events that threatens the balance of power in England.

Because of his bold rescue of the lady and her dower, Sir Roger of Angelsey earns a barony and substantial amounts of land. But he must lose no time in making his betrothed his wife in order to keep his title. It's not an easy task when the lady conspires with those who plot against his king, and it's downright impossible when he realizes he does not want a wife unless he can lay claim to her heart.

What listeners say about By King's Command

More like this please. Excellent story full of love intrigue & damsels in distress.

A well acted full cast production that takes you back to what were quite scary times if you were a woman of wealth & land. Your life was not your own & all in sundry would fight to claim your dowry wether or not you wanted them to. Wealth & power overrode all thoughts on love & passion.

This story keeps you on the ladies side at all times as her life is in constant danger whilst two men of power fight tooth & nail to make her rightfully theirs. But which man is the one to be trusted & her true heart?

Over three hours we are taken on a bumpy ride as this poor woman fights
to remain single instead of a lifetimes drudge of a baby machine. Will she find love in the end? Enjoy & you will find out.