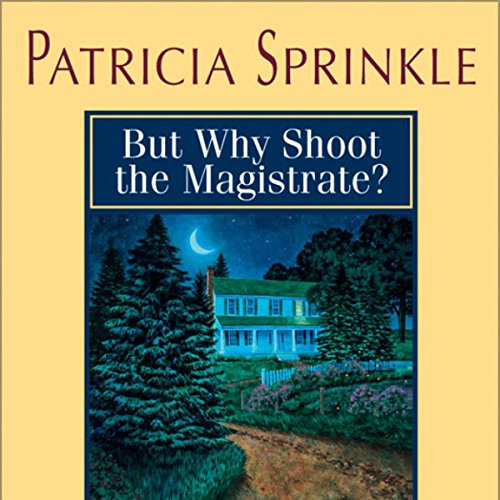 But Why Shoot the Magistrate?

When a popular youth pastor is accused of a grisly crime, MacLaren Yarbrough won't rest until she finds the truth. Her gut instinct tells her Luke Blessed is innocent. Still, how could the dream he had on the night a young woman was murdered depict the crime with such chilling accuracy? As MacLaren tracks down clues from all corners of Hopewell, GA, four like suspects emerge. But the police aren't buying her theories. Even her husband, local magistrate Joe Riddley, resists her amateur sleuthing. This case, he feels, is too dangerous. Just how dangerous, both of them are about to discover. The assailant strikes again, leaving Joe comatose from a gunshot wound to the head. And suddenly, a new question stares MacLaren in the face. It's the most perplexing question of all - and the most personal: Why shoot the magistrate?

What listeners say about But Why Shoot the Magistrate?

But Why Shoot the Magistrate

I loved this book! I wish Audible had the whole series. I listened to the whole book in 2 days. " Couldn't put it down" so to speak.

I really enjoyed this book. I hope the author will add more of her works to Audible! She did a great job with characters and plot and the narrator also did an excellent job. Hoping to purchase more of the same in the future.

A charming mystery set in the South!

This story holds your attention while dropping enough clues and red herrings to keep you guessing. Patricia. Sprinkle is now on my preferred list of cozy mystery authors.