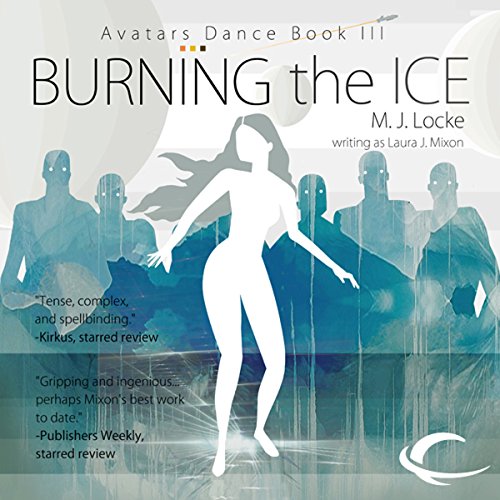 More than 100 years after a small band of humans stole an antimatter-fueled starship and headed away at near-lightspeed, a colony of those renegades' descendants are now struggling to survive on Brimstone, a barely-habitable world of ice and bitter cold four dozen light-years from Earth. In the long run, they hope to slowly terraform Brimstone, making it, if not Earthlike, at least bearable. In the short run - well, life is hard, and everyone lives in everyone else's laps. Not easy for anyone. Particularly hard if, like Manda, you just aren't cut out to get along with others in conditions of constant crowding and zero privacy.

Most people wouldn't be eager to get away from the main colony and work on a scientific project in the howling frozen wastes. For Manda, it's a deliverance. But news of the intelligent life she discovers in Brimstone's depths will change everything - if she can bring the news back to her fellows alive. For, it turns out, there are political plots and counterplots still active in the colony, dangerous twists tracing back to Earth itself... and outward to the stars.

"[G]ripping and ingenious.... While hardly short of action or fascinating scenes of alien contact, the novel's real strength lies in the author's depiction of the future society, with its complex system of degrees of kinship, social obligations and controls, sexual mores and even appropriate pronouns. The ending may be a little rushed, but the vivid storytelling and a high level of imagination mark this as perhaps Mixon's best work to date." (Publishers Weekly)