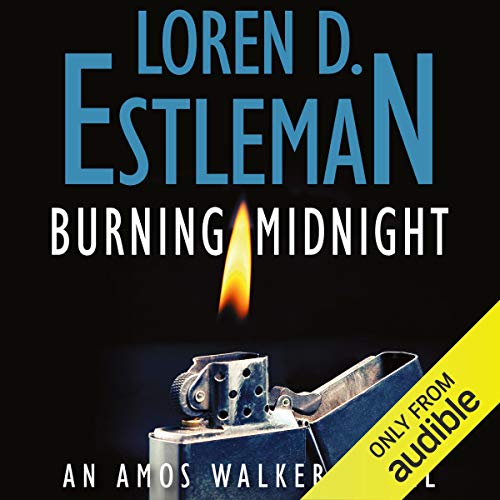 By: Loren D. Estleman
Narrated by: Jeff Harding
Try for £0.00

In Burning Midnight, master of the hard-boiled detective novel Loren D. Estleman gives readers a hot new Amos Walker mystery. Amos Walker knows Detroit, from the highest to the lowest, and that includes the gangs of Mexican town. When a friend asks Walker to get his son's brother-in-law out of one of two feuding gangs, Walker gets in trouble fast. First, dead bodies start to pile up; then come suspicious fires and the bottle bombs. Walker is caught in the middle of a gang war. Whether or not a middle-aged gringo like him can cool things off between the Maldados and the Zapatistas, he's got to try; he did promise his friend.

Once he gets involved, he realizes there's something else going on; the spectre of an international conspiracy threatens to make this local trouble blow sky-high. And if he ends up dead or in jail for murders he didn't commit, he might have to put that promise on hold. It's tough being Amos Walker.

What listeners say about Burning Midnight

Not really for me

This is a twisted story line, the characters are confusing, the ending unexpected and quite unbelievable, the only redeeming feature is the performance by Jeff Harding