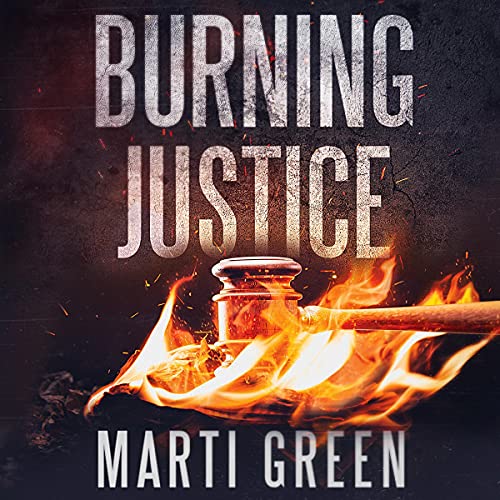 "...Green is a masterful storyteller, and her narrative fascinates from the first page to the last..... A captivating and intimate look at injustices in the judicial system. (Kirkus Reviews Starred Review)

"Burning Justice is an emotionally riveting story of an attorney's heroic struggle to save the life of a woman on death row convicted of a horrific crime on outdated expert evidence. Well-drawn characters, with twists that propel you to a riveting end." (Robert Dugoni, New York Times best-selling author of My Sister's Grave.

The newest in Marti Green’s award-winning books about the wrongfully accused features Dani Trumball in another suspenseful courtroom drama...and her fiercest fight yet.

When a devastating house fire kills three young children, Becky Whitlaw, grieving widow and mother, is the prime suspect. Inspectors of criminal arson cases determine the blaze was intentional, and Becky is charged and convicted. Twenty years later, she waits on death row.

Attorney Dani Trumball lives in California and continues to work for the Help Innocent Prisoners Project - an organization where attorneys help innocent prisoners get justice. Dani is intrigued by Becky’s case, even though the evidence paints a grim picture. But time is running out, and as Dani uncovers information that might save her client, tragedy strikes close to home. Now she must find a way to secure Becky’s life and the welfare of her family. Green’s sixth book burns bright in her series of legal thrillers about innocent prisoners.

What listeners say about Burning Justice