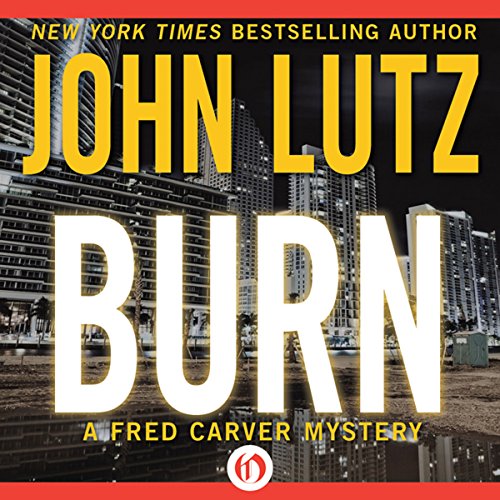 Joel Brandt swears he’s never met the woman before. His wife dead six months before, the small-time businessman is perplexed when Del Moray police inform him that a local woman, Marla Cloy, has accused him of harassing her. According to her, Joel has been lurking outside of her house, following her car, even assaulting her at the grocery store. Brandt says it’s all a lie, but the police don’t believe him. He goes to Fred Carver, an ex-cop turned PI, for help clearing his name.

The harder Carver looks, the less he understands. There is no apparent connection between the two people, and yet one of them is trying to destroy the other’s life. When this game turns deadly, who will be the first to go?

What listeners say about Burn

Terribly written and such a boring story with characters that don't seem to be believable and I couldn't care less about. One of the slowest, nothing ever happens story I've listened to in along time. The protagonist goes to talk to various people. The author describes the person with whom he has a conversation and the environment. Then he leaves and goes to the next person of interest. I kept hoping something would unfold, but NO!!!! Hours of this tedium. Why did I continue to listen? This one's going back to the digital bin and I hope they burn it. Don't waste a credit on this.... I implore you. The only saving grace is Joe Barrett narrating.

John Lutz has done it again

John Lutz is done it again. The plot kept me wondering the whole book. The characters in this book are awesome.