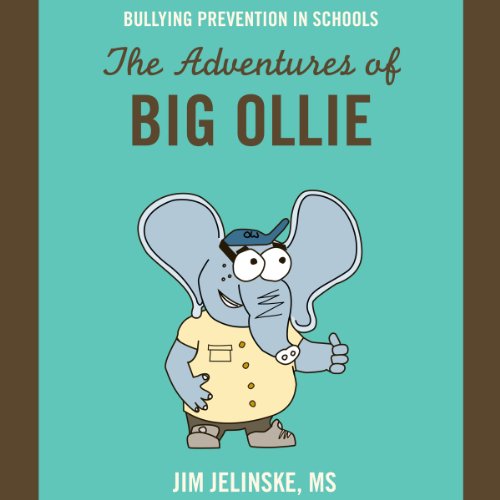 By: Jim Jelinske
Narrated by: Michael Butler Murray
Try for £0.00

A significant event occurred in Jim's life when his son was born. His son, Michael, was born weighing 3 pounds, 14 ounces. He also had several health issues that were eventually diagnosed as a growth disorder. The growth disorder had many characteristics. Most significantly, the disorder made Michael, throughout his life, smaller and slighter than most children or adults. These characteristics led to Michael looking "different." Throughout Michael's life, there were many experiences where he was judged, teased, and bullied because he was small. Children and adults said cruel and inappropriate things to Michael, and stares and rejections were a constant part of his life. As this situation had the potential of being very defeating to both Michael and Jim, both used the experiences they had as a way to shape who they would become and what would happen in their lives.

Jim focused on developing a story to help stop bullying and harassment. He felt the need to educate students, parents, and teachers about the effects of bullying on children. "Big Ollie" is a resource for teachers and anyone who works with children. No child should be afraid to go to school. Jim Jelinske received his undergraduate degree from the University of Whitewater in Whitewater, Wisconsin, and received his master's degree at Cardinal Stritch College in Milwaukee, Wisconsin. He has spent twenty-five years working in various capacities, primarily with children and their families. Jim's passion has always been to help children and their families lead healthy and fulfilling lives. He has always championed those who have been treated with anything less than respect, especially children. For the last seven years, Jim has been traveling the country sharing his vision to stop bullying, harassment, violence, and disrespect to all people.

What listeners say about Bullying Prevention in Schools

Great to educate and prepare children

Great to educate and prepare children, to identify and respond to bullying. It also provides relevant information for parents what bullying is, where and how it occurs and approaches from the angle of humanity.