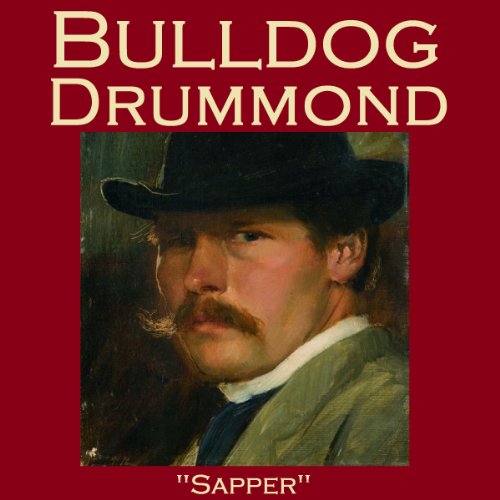 By: Sapper
Narrated by: Cathy Dobson
Try for £0.00

Captain Hugh 'Bulldog" Drummond', DSO, MC is a first world war veteran finding it difficult to adjust to life as a civilian in London. He is a trained soldier, a strong, brutal fighter who has honed his skills of stalking and the martial arts. Now that the war is over he is bored. He posts an advertisement in the newspaper, seeking for adventure... and immediately finds himself drawn into a web of intrigue involving an international gang of criminals whose aim is the destruction of Great Britain.

The leader of the criminals is the evil genius, Carl Peterson, who is to be Drummond's opponent and sworn enemy through a series of adventures. The Bulldog Drummond books are a series written by H. C. McNeile and published under his pen name "Sapper". This is the first of the series.

What listeners say about Bulldog Drummond