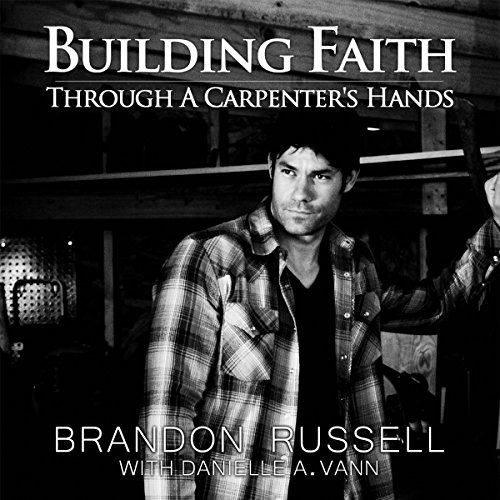 Building Faith Through a Carpenter's Hands

Building Faith Through a Carpenter's Hands

By: Brandon Russell,Danielle A. Vann
Narrated by: Joseph R. Durika

Growing up in the charming South, Brandon Russell didn't realize what life had in store for him. A chance meeting planted the seed that would forever change his course. Graduating from college armed with the lofty goal of changing the world, Brandon tells the story of how he came to know fame. It wasn't until Brandon lost his father to cancer did he realize his father's actual tools would give him his true calling in life. While finishing his parent's basement, Brandon began to see God's plan unfold. Through his life experiences, a near brush with death on September 11, 2001, landing the role that helped shape D-I-Y television, and coming to terms with his calling, Brandon imparts the wisdom he has gained by fully surrendering to faith.

Each life experience is wrapped into an action plan called "The Tools of the Toolbox" to help you create and start living your best life today!

Great tips/reminders to live our lives by!

I wasn't previously familiar with Brandon Russell, but I am now a fan. As a Christian and someone involved in the field of construction, this title piqued my interest. Brandon did a good job of making Biblical principles very relevant with his personal stories. He seemed to be transparent with his life as he put this work together. I would speculate that I am a tiny bit more orthodox in my views than Brandon. (I'm just completing "Decision Making and the Will of God by Garry Friessen. I believe it is very sound and worthwhile for a believer- but it takes a different view in terms of determining if we are God's will.) However, I do not consider my difference on this one issue to be a reason to deduct a star from this fine book. The points that are made are relatable and just good reminders for all of us.
I received a free copy via audiobook boom in exchange for an unbiased review.

He is so sweet!

its amazing how he keep his grace and faith. A real story, and its nice to know more about him, and his back ground.

Would you listen to Building Faith Through a Carpenter's Hands again? Why?

I generally do not listen to books twice, however there are great lessons in this book.

What other book might you compare Building Faith Through a Carpenter's Hands to and why?

Honestly, I generally read romances so this was out of my wheelhouse. I still enjoyed it though!

I loved the analogy of faith being like constructing a house.

Using the Masters house to craft the perfect foundation.

I received this book from audiobook boom in exchange for an honest review.


One of the best books I've ever read!

This is by far one of the best books I've ever read or listened to. It was beautifully written and artfully read, but most importantly, it was as I can't stop recommending this book to everyone I know!
“I was voluntarily provided this free review copy audiobook by the author, narrator, or publisher.”

Bible Study and Biography meant to be taken slowly

Would you listen to Building Faith Through a Carpenter's Hands again? Why?

No. However, I would reference a written copy for the list of 'Tools' for my toolbox. While I enjoyed hearing how Mr. Russell learned his life lessons, I believe the greater purpose is to understand and implement the tools he introduces as we each walk in our faith.

Would you listen to another book narrated by Joseph R. Durika?

Maybe. I'd be interested in hearing whether or not Mr. Durika can reach me as a listener in a fiction read. He almost had me in this non-fiction piece. However, the tone never really changed. This was a straightforward read. His diction is clear and pleasant.

Mr. Durika almost brought me to tears when Mr. Russell was with his father that last time. I say almost because there were several times his straightforward narration came close to being personal. Almost.

I received a free copy via audiobook boom in exchange for an unbiased review.