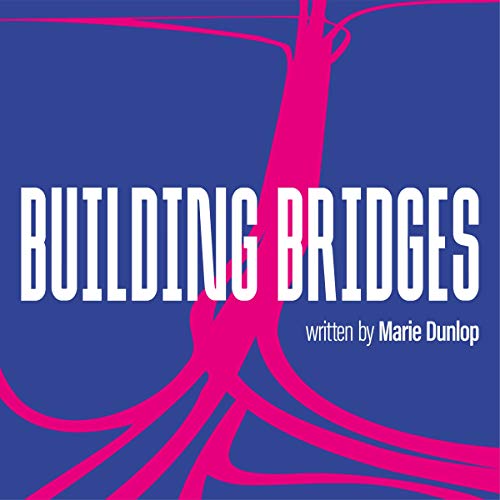 Building Bridges is set in 1965 in Anderston, Glasgow and examines the reaction of deserted husband, Billy Speirs, and his family to the return of his estranged wife, Bernie, whose mother has been taken seriously ill.

It is a tale of bitterness and betrayal but also of the absolute enduring strength of love at a time when a community was being sliced up to make way for a stretch of inner city motorway and the Glasgow Kingston Bridge. Just as the earmarking of Anderston as a Glasgow Comprehensive Development Area faced mixed reactions, the couple’s tentative and nervous steps back to one another face opposition and difficulty and like the opinion of much of the community at that time, it was clear that things were never going to be the same again.

The heart was getting ripped out of the place, just as it had been ripped out of Billy. Decisions have to be made, loyalties examined, and painful truths faced. Better days were coming, however, in the promise of new corporation housing and it is against this backdrop of demolition and renewal that Building Bridges opens.

What listeners say about Building Bridges