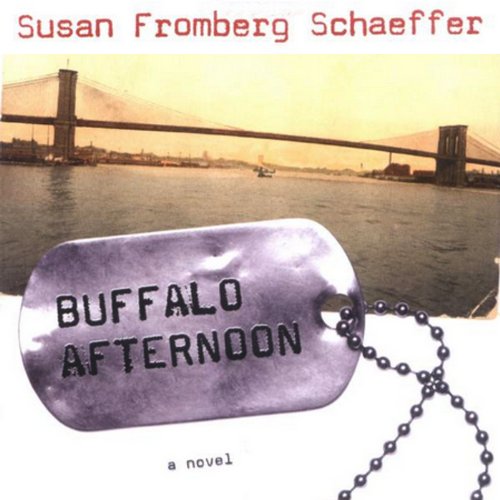 For Pete Bravado, the war begins with home and family in Brooklyn: his grandfather's broken dreams, his father's ice-hard heart, his mother's tragic affection, and his own disillusionment and delinquency. Raised against the grain of his true nature, Pete seeks escape in the army - but instead of finding freedom, he finds a madness in himself that answers the madness of war. And when he comes home, a new struggle begins - a struggle to see what the war has made him, so he can begin to remake himself.

The different chapters switch between different times and places, but they are all about Pete, as a child and as a Vietnam veteran. The first chapter is beautiful - in its description of rice paddies, water buffalo and village life there in Vietnam. Then in chapter two it is after the war. Look at these lines from this chapter:

"When you go over there, no one tells you. You are going to have to live with these memories the rest of your life. This is one blackboard, man, that doesn't erase."

"I have to tell the truth to myself because I am going to die with myself."

Chapters three through six focus on Pete's family and his life as a child growing up in Brooklyn. His grandfather was an Italian immigrant. You learn his story too. They are Catholic. It is the writing that attracts - funny and wise at the same time.


"Every day is like a box of Cracker Jacks. Always a different prize in it."

There are so very many funny lines, but to really understand the humor, I would need to quote whole paragraphs, dialogs..... Believe me when I say that Pete and his friends will have you smiling. Now he is only ten. They have gotten a hold of a pink negligee and Ed says to Pete something like, "Girls go crazy over anything that is pink!" Ed is a little older and has taken him under his wing. Cute stuff that will have you chuckling. I had no idea that this would be a coming-of-age story with humor.

I keep wanting to quote lines, so just one more, and then that will have to be enough. This is Pete, I think he is eleven now, thinking about the difference between his father's behavior and that of the women in his family:

"Women, he saw, were not like that. They could imagine two or three right ways for things to be done. When he thought of his mother and grandmother and aunt talking in the kitchen, he thought women believed there were as many right ways to do things as there were people. He tended to believe the same thing, but he suspected such beliefs were womenly, and it was best not to encourage them."


The above describes the beginning of the book. It comes to explain why Pete enlists and goes to the Vietnam War. The next section describes the Vietnam War experience, and it is difficult reading. Very difficult, regardless of the fact that there is great humor. The humor is ironical. You laugh at the stupidity of man. You could not read this without the humor..... I particularly liked that the war episodes follows a limited group of individuals. This section reminded me of the highly acclaimed Matterhorn: A Novel of the Vietnam War. There is one major difference, in Schaeffer's book the focus is on a small group of individuals. You meet them on a deeper more intimate level, and I prefer this.

The final section of the book focuses on how the individuals we have met during the war deal with their war experiences. It deals with PTSD and the final resolution. I will even tell you that the book does ends on a positive note. If it didn't the book would be unbearable! It was very important to me that the book did end with a hopeful, but realistic tone. Why, because I came to care very much for Pete ....... and Sal and others.

What this book does is thoroughly look at the Vietnam experience for those soldiers who were there. Who ended up in that war? What were their experiences? You get the dirty details of that fighting! How did the Vietnamese people experience this war? Those who lived through it, how did they cope with life afterwards? How did they look at life afterwards? All of it is realistic, although at times there are surreal elements. Not only the facts but also one's emotional response is focused upon. You get a more complete look at the entire war experience than you do in Matterhorn. The scope is much larger!

There is humor and there is compassion in this book. I highly recommend it, if you are up to reading about the truth of that war.

Paul Boehmer narrated the audiobook. It was excellently done. I will give the book four stars, but the narrator gets five. It was through his intonations that you heard the humor. Each character and each situation was perfectly executed - the shrill voice of a woman, the psychologist's "Oh?", the soldiers' jokes. At first I was wondering if the lines were making me laugh or the narration. It was in fact both. The lines and the narration were perfectly matched.