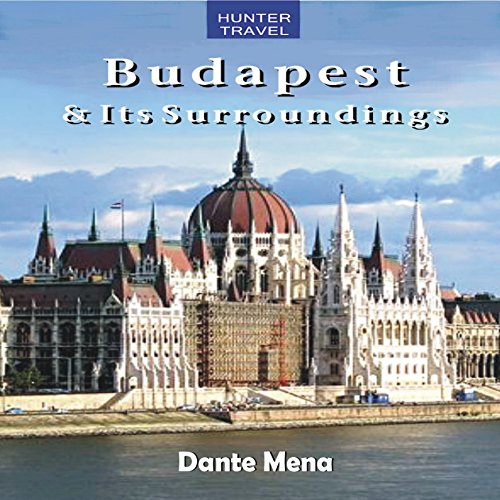 Here is a brand new second edition that has been fully updated. The author is a long-time resident of Budapest, who knows the region intimately and takes us behind the scenes to discover its best features the sights, the places to stay and eat, the shopping, and all the activities. Millions of people every year hike into, bike, drive, or climb into the green valleys and limestone mountain ridges of Hungary s national parks and the hills. Storks, eagles, wrens, blackbirds, woodpeckers, and flocks of thousands make their home in forests, grasslands, and cliff-sides. Majestic antlered stags and deer range the forest. Fresh springs and cold clear creeks tumble down from the mountains. The author takes us there. There are thousands of restaurants and virtually every type of cuisine. Hotels and nightspots are just as numerous and the author guides us to the best of them all.

As you walk through the Budapest, you will find literally thousands of statues and monuments. Rose-tinted sunsets and shadowed romance reflect on the Danube, mirroring this city, which has been called the Paris of Eastern Europe and The Pearl of the Danube. The home of two million of the nation's 10 million people, it is the center of Hungary's culture, science, industry, and government. There are three basic areas: Buda (including Gellert Hill and Castle Hill), Pest (including District 5 - also known as the Belvaros, and City Park), and Obuda (the largest Roman ruins outside of Rome). Before Christ, fearsome Celts occupied Gellert Hill, the central mountain whose mammoth like shoulders rise from the Danube shore to dominate Buda (site of the imposing Citadel, Freedom Statue, Gellert Statue, lookout points, winding paths, and bathhouses). Late in the first century AD the Romans marched in to establish Aquincum, the capital of the province of Pannonia. North of Gellert Hill, in what is today Obuda, it is the site of extensive Roman ruins.

The insertion of web addresses and other phone numbers makes this book seriously boring to listen to.
Get the written book instead, it will be immensely helpful when you travel.

Would you consider the audio edition of Budapest & Its Surroundings to be better than the print version?

In some ways yes, but a lot of the material is better referenced visually such as URLs and maps.

What was one of the most memorable moments of Budapest & Its Surroundings?

It's not in the book but it is of me arriving in Budapest.

The book contains a lot of information for a reference book. I believe it would have been easier to see the URLs than have them read out loud. Also "Stephen" is pronounced like "Steven" and not "Stephan". As a Stephen, I find this very annoying. Otherwise, this audio book was filled with loads of valuable information. I wrote quite a bit of the knowledge on post notes for later recording in a notebook. I recommend this book if you plan to visit Budapest.

Would you listen to Budapest &amp;amp;amp; Its Surroundings again? Why?

Probably not - two reasons Some information will be outdated in a few years.I know the history of the city.

Great, and salute her for those Hungarian pronunciations. - well done !

No - this is not that kind of a book, it is irrelevant.

Those phone numbers and e-mail addresses actually did drive me up on the wall.