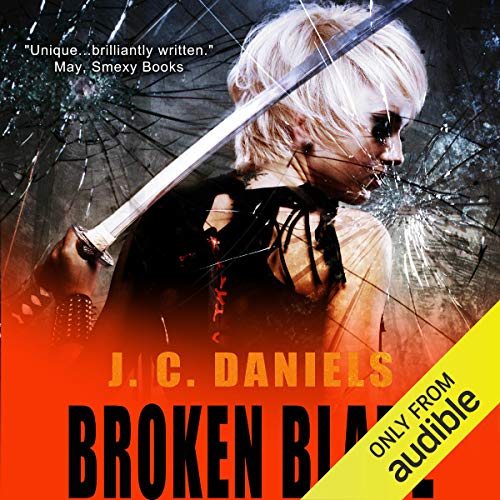 Kit Colbana: assassin, thief, investigator extraordinaire. Now broken. She always expected her past to catch up with her but never like this. Haunted by nightmares and stripped of her identity, she's retreated to Wolf Haven, the no-man's land where she found refuge years before. But while she might want to hide away from the rest of the world, the rest of the world isn't taking the hint.

Dragged kicking and screaming back into life, Kit is thrust headfirst into an investigation surrounding the theft of an ancient relic...one that she wants nothing to do with. Her instincts tell her it's a bad idea to just leave the relic lying about, but finding it might be just as bad.

Forced to face her nightmares, she uncovers hidden strength and comes face to face with one of the world's original monsters.

If she survives the job, she won't be the same...and neither will those closest to her.

What listeners say about Broken Blade

What to read while waiting for a new Kate Daniels

if you like Kate Daniels and Mercy Thompson give this series a go. The stories are good and the characters are pretty well done.

Broken Blade will take you on a roller coaster ride of emotions as Kit battles her way back from the torture she suffered at the hands of Jude. Justin’s back and together they’re working a case that has major possible ramifications. I’m addicted to this series. If your a fan of Ilona Andrews Kate Daniels series your going to like this one as well. The narrator did a great job!

This just gets better and better.

This is an amazing series. I love Kate Daniels and Mercy Thompson. Add Kit Cobana to the list. So interesting with great characters and fight scenes. Excellent.