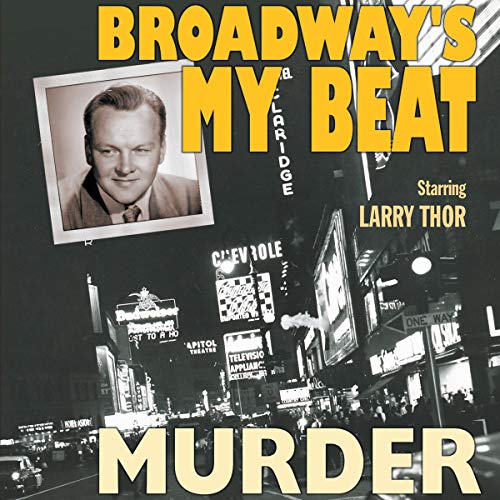 “From Times Square to Columbus Circle - the gaudiest, the most violent, the lonesomest mile in the world.”

NYPD detective Danny Clover, poignantly portrayed by Larry Thor, patrols The Great White Way. With each block he bears witness to regret and redemption, to desperation and debauchery, to wealth and want. Each leaves its mark on this poetic policeman. At Clover’s side, and covering his back, are Sgt. Tartaglia (Charles Calvert) and Sgt. Muggavan (Jack Kruschen).

The unhappy endings of hard luck stories drive Danny to search for justice - pounding the pavement to track down an eye witness, find that one scrap of evidence, or just to walk until it all makes sense - against a soundscape of city noise so authentic you’ll see the glaring lights of Broadway and feel the grit under your heel.

Hit the mean streets of New York City for 16 digitally restored and remastered tales of life on the dark side as written by Morton Fine and David Friedkin, and produced and directed by Elliott Lewis.

What listeners say about Broadway's My Beat: Murder