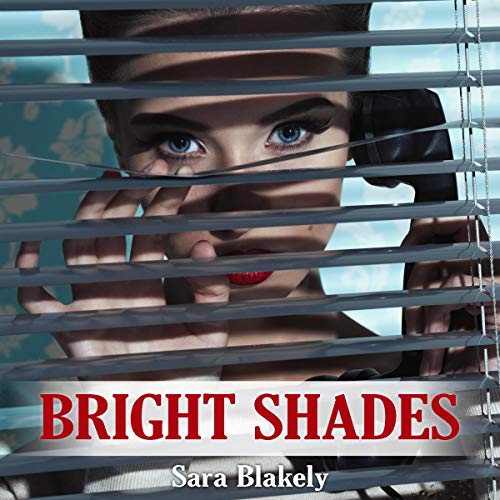 By: Sara Blakely
Narrated by: Jessica Mathison
Try for £0.00

The work of a spy-woman is very different from that of a man.

First, on the one hand it is easier, because you are less likely to be suspected of intelligence activities. On the other hand, it was harder for female spies, because they were required to gain the trust of high-ranking officials or people of power, by using their beauty, skills of seduction, and by attempting to make the person fall in love with them, so that they revealed their secrets. It could destroy destinies, but it was extremely useful for states and governments.

The most famous female spies in human history, beautiful and dangerous.

What listeners say about Bright Shades

The spy nonfiction book, a compilation of spy wom

After going through the reviews, I was pretty sure about the content in theespionage booknonfiction- ‘Spy Women.’The book gives an account of the brave women who excelled in this male-dominated field. However, I found the book is short of much vital information, which is essential to make the book a complete reference. I think the author could have provided some significant information to spice up the book further. Overall the author did a justifiable job by presenting all most all famous Spy Women in a small format. I would definitely suggest this book for anyone who wants to learn about the women who tasted success in offbeat careers.

A lot of chilling spy actions in the espionage boo

Being an army veteran and an enthusiastic reader, I stumbled upon this spy nonfiction bookwhile searching for some interesting books. Reading the accounts of these brave women, I could really relate to my yesteryears and during my mission days in Iraq. However, I can say with confidence that nowhere are our difficulties compared to the ones these brave women needed to face in those days. All the reconnaissance missions they took up were extremely dangerous even by today’s standards. And these women managed to perform them, without any extended support that is available to the field agents out there nowadays. I enjoyed it!

Handy reference since help screen are not usually

An exciting collection of spy women stories in a s

I was looking for some articles and stories related to women representation in the yesteryears for my journalism article as part of my study project. While researching for the same, I came across this espionage book, nonfiction genre. Reading through the first few chapters, I realized that this book could be a valuable source for my article. I have referred a few warriors in the ‘Spy Women' book, and I got a lot of appreciation from my professor. I really enjoyed reading this book and referred this book to my friends. Some of the accounts of these brave women gave me goosebumps while reading. I would suggest all women out there to read it once! It would provide you proud moments and feeling to revere with.

I am an enthusiastic spy nonfiction book reader. I got to know from my friends a new book which enlists the thrilling accounts of the brave women who had taken up spying along with their front office career.I could see these types of characters in the movies only and this book didn’t put my expectations down.I can’t imagine how these brave hearts managed to get past the patriarchic behavior of men in those times and succeed. These women outsmarted men, and it was surprising to learn the way how they carried out the mission successfully. Worth reading and hats off to the author!

A refreshing account of all those great women who have helped shaped the world. I didn’t know there were so many women secret police agents, who sweated every moment of their life living their life at laser point. The interesting facts about these ladies were that most of them were highly qualified and could have led a comfortable life without choosing the dangerous profession.
Actually, I was not a fan of espionage book, and I accidentally start reading this when my wife suggested about its contents, and I am thankful to her for the same. We could see that some ladies choose this profession because of their political alienation and simply due to their patriotism. The courage of these ladies deserves felicitation.

A reasonably good book which accounts for the stories of all the great women who made their career stand out in this male-dominated field. Though there are many books on espionage book nonfiction, the author has made a good point of including all the essential persons in this narrative.The stories are often hair-raising, because of its true nature.
The book is short and crisp. There is not much laagering, and the author never tried to spoil our precious time. It is a fitting reply to critics that women cannot shine in the male-dominated espionage field. Many of the women in the spy book, cunningly used their feminine charm to lure their victim into making their mission success.

I know we had several winter days, but I finished this spy nonfiction book in two sittings - couldn't put it down. I have read a couple of books on the woman spy genre, but the way the writer has put it down makes one goes on reading without any stop. I am amazed by the accounts of women who work in this field as I can never be like they were!
It was an exciting chapter of the history with unexpected events and shed light to understand how effectively women took the responsibility to meet challenges of the time when it was crucial especially during those WWII periods.

A reasonably good book to read during leisure time. I was searching for something quirky to read on, and this book seemed to be a good option. The prologue was good, and that intrigued me to read further. I do read espionage books on nonfiction, so this was an excellent book to read and understand about original women spies. Also, the stories of real woman spies are refreshing since we do not have many books on this genre. So, it comes as a welcome change. I would definitely recommend this as a onetime read for all spy novels enthusiasts who want to encounter the real-time espionage actions.

I was searching fora thriller to read this vacation, and I came across Spy Women Book. Being a spy nonfiction book, initially, I was hesitant to go ahead with this book since I thought the book would be dealing with fictional characters. However, the author has done a good work by rightly narrating real-time incidents, climaxes as it deemed necessary for making the book keep the readers hooked. It is interesting to note that all the characters projected in the book were real heroines, who had sacrificed their lives for what they believed. Overall a great book with a lot of engaging real-time experiences.