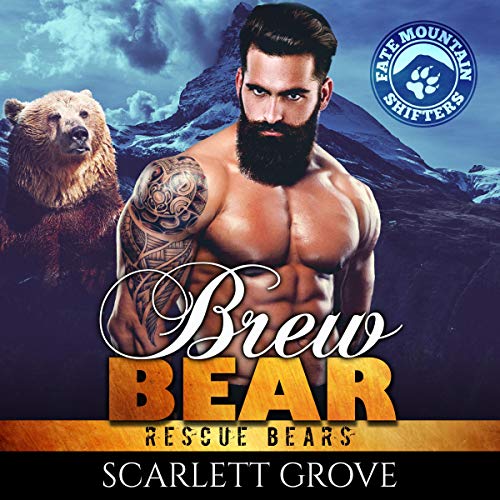 The next installment in the exciting Rescue Bears series from Scarlett Grove!

Drew Bock is thrilled when he meets his fated mate at a wedding, and the chemistry between them is immediate and overwhelming.

But when she runs away after their one amazing night together, cutting herself off from him, her friends, and everyone else, Drew’s beyond devastated. How could his own mate treat him like some terrifying beast?

Quinn Jacobs isn’t trying to hurt Drew, or anyone. She’s just a little freaked out and needs some time to get her head together.

She’s always known who she is - a confident, curvy, sassy woman who loves her PR job. But her shifter-hating parents filled her head with countless lies while she was growing up. How can she be mated to someone she’s been taught her whole life to fear?

When Quinn finally comes back, nine months later, Drew isn’t at all sure he’s ready to forgive her. But she needs him, and so does their soon-to-be-born child.

Their reconciliation turns perilous when Quinn goes into labor while they’re trapped in an isolated cabin. Can Drew, with a little help from the rest of the rescue crew, keep his new family safe and make sure they get their happy ending?

didn't finish, main female selfish and annoying. glad didn't get any of the other books