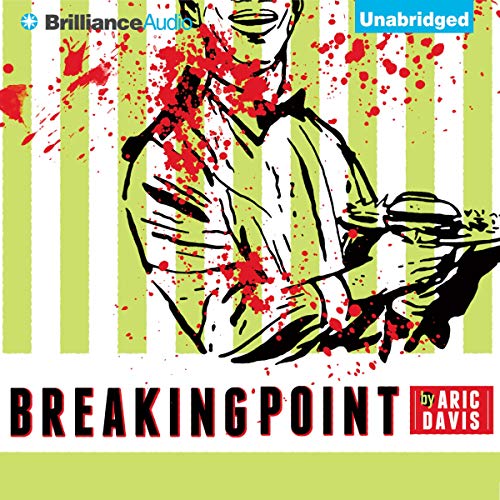 His ex-wife is out to ruin him, his kids hate him, and he’s flipping burgers at a McDonald’s. Ken Richmond hits his breaking point when he puts a gun to his head and pulls the trigger. When his plan misfires - literally - he interprets the failed suicide as his calling to a higher purpose. Fueled by long-simmering hatred, Ken sets out on a murderous mission - but in order to get away with it, he’ll have to leave a trail of blood through the city.

Detectives Dick Van Endel and Phil Nelson start chasing Ken toward a special spot in hell. But can the detectives put an end to the fiend’s sprees for good, before more bodies pile up?

What listeners say about Breaking Point

I wasn't sure what to expect, but it was enjoyable, it unfolds as if you're part of the story not just a spectator. Difficult to say more without spoiling the story. Length was perfect, enough information to get you vested into the characters, short and sweet. Definitely worth the listen.