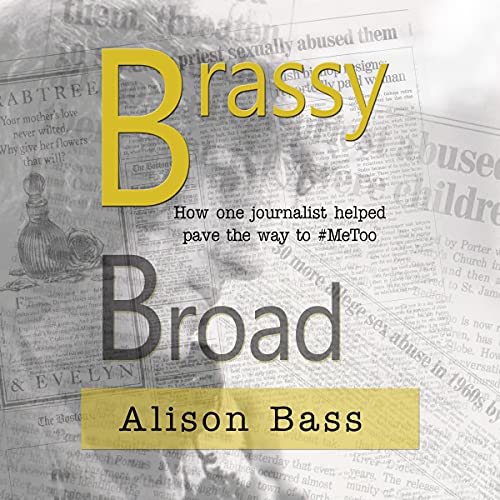 By: Alison Bass
Narrated by: Kathleen Bond
Try for £0.00

Before the advent of social media, which has been a powerful tool for amplifying the voices of women, the experience of sexual harassment and abuse was both insidious and isolating. Egregious workplace behavior toward women was tolerated with the unspoken acceptance that "men will be men" and complaints about sexual assault in and outside the office often ended up with the victims being blamed.

Ironically, newsrooms were a hotbed of both sexual discrimination and harassment. Women who complained were seen not as victims but as the problem, and either had to tolerate it or surrender their career ambitions. I took the third way. I used my skills as a journalist to expand other women’s stories.

My memoir, Brassy Broad: How One Journalist Helped Pave the Way to #MeToo tells the story of how I overcame significant obstacles to become one of the first journalists in the country to write about sexual misconduct by men in positions of power. I was the first reporter in the nation to write about how common it was for male psychiatrists to have sex with their female patients and how that abuse of trust devastated survivors. I was also the first reporter at The Boston Globe to write about the molestation of children by Catholic priests – a decade ahead of the Spotlight investigation chronicled in the Oscar-winning 2016 movie.

The narrative is framed by my childhood experience growing up in Bryn Gweled, an unusual cooperative community that taught me to challenge the status quo. I weave these stories together with chapters about my journalism career into a gripping tale about one woman’s struggle to establish herself as a respected journalist and author in an industry dominated by men. In a sense, Brassy Broad is the inverse of Hillbilly Elegy, in that it tells the story of how growing up in a close-knit rural environment gave rise to a deeply questioning female sensibility.

What listeners say about Brassy Broad