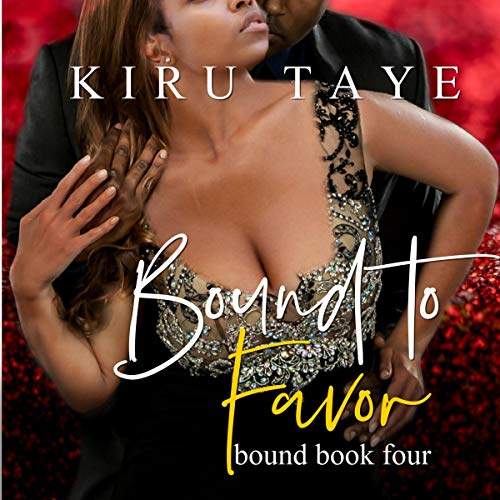 Kamali Danladi has sworn never to get married again. But his meddling mother is bent on hitching him to any eligible female that comes along to the next family gathering. There's only one thing for it. Get fake-hitched to his executive assistant. If anyone is more averse to marriage than he is, it's her. So they'll be perfect together. Or at least, they'll fake perfect together.

Ebun Forson doesn't do families. She certainly doesn't do festivities. So when she has to spend a week playing fiancée to her boss, how is she going to cope with the extensive Danladi kinsfolk without breaking out in hives? Her next shopping trip funded by the bonus he's giving her should more than make up for the inconvenience.

However, she soon finds the real threat is to her heart. The dark and intense Kamali behaves as if he sees through to her soul, making her almost forget that this is all an act. In any case, someone with a past like hers doesn’t deserve a happy ever after, surely.

Bound to Favor is a story about learning to heal from emotional pain and finding love in the most unexpected places.

What listeners say about Bound to Favor