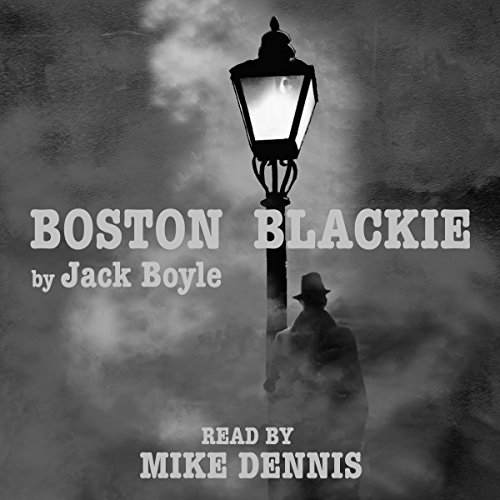 Friend to those who have no friend! Enemy to those who would make him an enemy! It's Boston Blackie, safecracker supreme and inspiration for countless Hollywood films as well as radio and TV shows. Jack Boyle's crime fiction short stories and novellas, set in San Francisco, featuring this timeless character were originally published in magazines in 1915 then compiled into this suspense collection in 1919. The stories, however, link from one to the next, so there is continuity throughout the audiobook.

A bit more of Boston Blackie actually. Much of the book, while intricately tied to the main character, is about the supporting cast.

The performance fit the style of the story well. Kind of like listening an old Radio drama.Dislike, not much really.

Could you see Boston Blackie being made into a movie or a TV series? Who should the stars be?

It has been several times in the 30's and 40's. Done with more of a modern Robin Hood flair. To be remade today and modernized? Not sure.

If you like old pulp crime drama and film noir, then you will probably enjoy this.