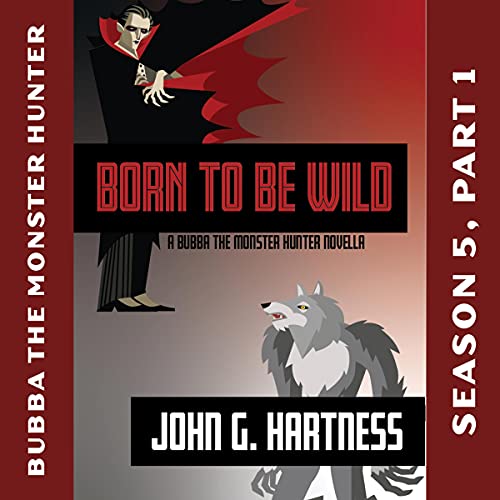 Born to Be Wild

He lost his job because he's not exactly human. His girlfriend got fired just for dating him. His best friend...well, Skeeter's okay, actually. It ain't like this is a country song or anything.

Bubba the Monster Hunter is back from Fairyland and trying to figure out how he fits into the normal(ish) world again. He's got a job as a bouncer at the Don't Drop Inn, but that all goes up in smoke (way too literally) when his newest case comes waltzing in the front door with a mini zombie apocalypse in tow!

Bubba has to save a vampire from zombies and figure out who wants to make Caufield Evers Oglethorpe IV dead. Again. That investigation will involve magic, werewolves, rogue government agents, subcutaneous tracking devices, and crossfit. Just another day in the life of Bubba the unemployed Monster Hunter!

What listeners say about Born to Be Wild

Good, but wish we could get novels instead of

Wish we could get novels instead of novellas... decent story, but too short and not enough character development.