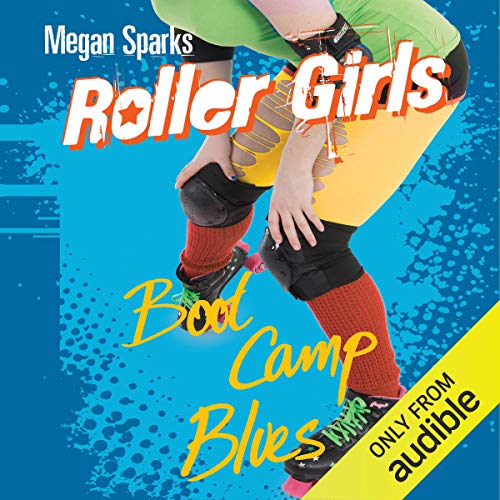 Annie, the appealing heroine in Megan Sparks’ Roller Girls YA novels, is a British teenager on a roller-derby team in her new adopted home of Liberty Heights, Illinois. Boot Camp Blues, the fourth installment in the series, picks up the story after her break-up with Tyler.

Given a cheeky, understated performance by Jessica Martin, Sparks’ novel follows Annie as she takes part in a "boot camp" in an attempt to make the roller derby league’s all-star team.

Martin switches deftly between British and American accents in this story with an empowered, relatable female protagonist.

Annie's broken up with Tyler and is nursing a broken heart. It doesn't help that he's now going out with snooty Kelsey. That's not all that's going on - Annie's roller derby coach has announced she will be selecting the best roller girls to form an all-star team. Annie really wants to be on it - but she knows her chances are slim. Coach organises a boot camp to help the girls prepare. Tensions run high as the Liberty Belles compete with each other for an all-star position.