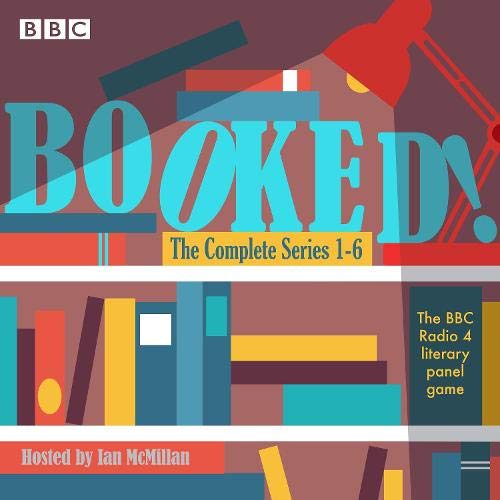 All 36 episodes of the maverick literary quiz.

Poet Ian McMillan is our host in this gleeful game of literary tomfoolery, outrageous parody and biting wit. Joining him for some lighthearted competitive wordplay are a quartet of writers and comedians, all ready and eager to run riot through the halls of great literature.

Their bookish challenges include 'New Beginnings and Endings', which sees them topping and tailing well-known literary works to produce some very tall tales, 'Sound Effects', where they have to guess a book title from a mélange of sounds, and 'Conversation Consequences', where they imagine some unlikely meetings between fictional characters. Mrs Malaprop shares a Jacuzzi with Eliza Doolittle, Inspector Clouseau takes Blanche Dubois to a dance and The Dong with the luminous nose honks hooters with Cyrano de Bergerac....

In addition, the panellists seize the chance to liberate famous authors from their individual genres and turn them loose on something different. Among their freewheeling stylings are Hunter S Thompson writing a public school prospectus, John Betjeman creating the copy for a Ford Probe brochure and Franz Kafka dispensing self-help advice in his Little Book of Calm.

What listeners say about Booked!: The Complete Series 1-6