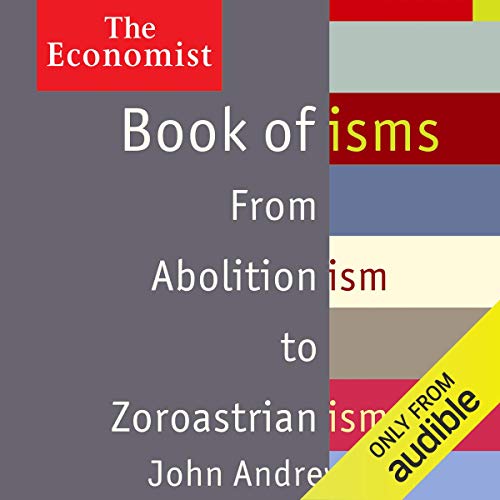 A wonderful compendium from The Economist's John Andrews, Book of Isms begins with an exploration of the popular suffix's etymological history and value. Applying "ism" to a word can add meaning and distinction, from turning an action into a noun to describing an ethos. Christopher Oxford's lilting and eloquent delivery keeps the proceedings both light and educational as he recounts the definitions and histories of over 400 isms, including Abstract Expressionism, Holism, Reductionism, and Taoism. Book of Isms is a delightful and worthwhile document of the changing history of this most popular suffix.

A wonderfully illuminating and witty guide to every -ism you could ever want explained.

John Andrews is a writer and journalist whose career as a foreign correspondent has taken him from Washington to Beijing. A graduate from Cambridge in modern and classical Arabic, he was first an academic in Libya and Lebanon before turning to journalism. He now divides his time between London and Provence.