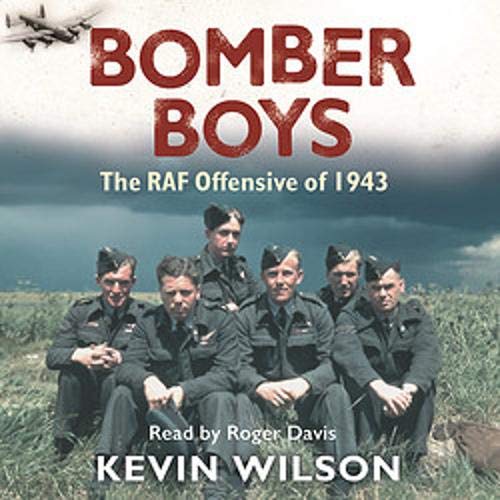 By: Kevin Wilson
Narrated by: Roger Davis
Try for £0.00

A gripping account of the everyday heroism of British bomber crews in 1943 - the year when Bomber Command believed it could win WWII by bombing alone.

In 1943 the RAF began a bombing campaign against Germany, the likes of which had never before been seen. Over the next 12 months, tens of thousands of aircrews flew across the North Sea to drop their bombs on German cities. They were opposed not only by the full force of the Luftwaffe but by a nightmare of flak, treacherously icy conditions and constant mechanical malfunction. Most of these crews never finished their tour of operations but were either shot down and killed or taken prisoner by an increasingly hostile enemy.

Kevin Wilson has interviewed hundreds of former airmen about what their lives were like in 1943: the stomach-churning tension of flying repeatedly over hostile territory, the terror at being shot down or captured and the peculiar mixture of guilt and pride at unleashing such devastation on Germany.

What listeners say about Bomber Boys

I enjoyed the tales but the narration is very mechanical. Sounds almost like a Speak and Spell!