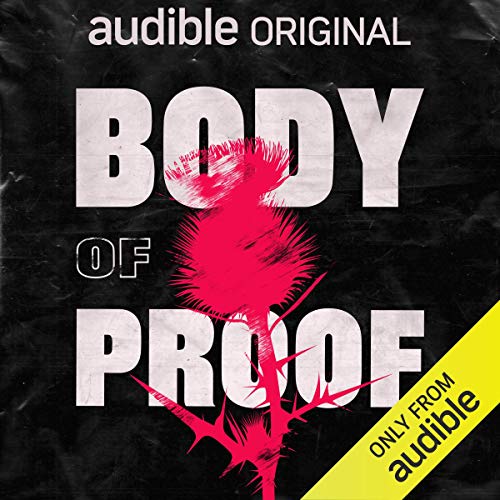 Our favorite moments from Body of Proof

"We still don’t have answers to dozens and dozens of questions."

A woman disappears on her way to work. A man is convicted of her murder. But this case is different. Though the police believe they have the right man, key components of the prosecution case are missing. There is no body of the victim, no witnesses to the crime, no confession and no physical evidence: no DNA, CCTV or murder weapon.

Journalists and TV producers Darrell Brown and Sophie Ellis examine the extraordinary case of Suzanne Pilley, a woman who vanished whilst on her way to work in Edinburgh in 2010. The pair has spent two years investigating the case and speaking exclusively to David Gilroy - the man who was found guilty of killing Suzanne and disposing of her body. He is currently serving a life sentence in a Scottish jail.

But Gilroy says he is innocent: victim of a miscarriage of justice.

Darrell and Sophie are not so sure. They explore Gilroy’s claims that the investigation and trial were mishandled, that key pieces of evidence were not presented in court and witnesses were not contacted.

The pair uncover startling information, not heard in court, that might have changed the minds of the jury. And they shine a light on aspects of the Scottish criminal justice system that might be keeping an innocent man behind bars.

A What’s The Story Films production for Audible.

Sophie Ellis and Darrell Brown discuss the making of Body of Proof
0:00

About the Creator and Performer

Darrell Brown is an executive producer in television documentary. He’s made numerous factual programs for major broadcasters, including films on cases such as the Shannon Matthews disappearance, the coastal-path murders in Wales, an investigation into the treatment of child-killer Jon Venables, and investigative episodes for Channel 4’s Dispatches program. Darrell teamed up with journalist Sophie Ellis to create the true crime podcast called Body of Proof for Audible. He’s filmed in the US, South Africa, and across Europe and likes to give a unique perspective on factual stories, many of which haven’t been told before. He lives in Leeds with his wife and two children.

On the surface, at first listen, Sophie Ellis and Darrell Brown appear to have done their research. They speak to people directly involved in the case, they reach out to many others who chose not to speak to them. They travel to relevant locations. Production is of a general good quality and the flow of the podcast maintains engagement.

Unfortunately, however, it succumbs to common pitfalls many true crime podcasts do; bias, sensationalism, inaccuracies. While presenting itself as a balanced summary of a case shining light on information that wasn't available to the public, the presenters slide into bias, sensationalism, then at times outright acceptance of the narrative of the convicted's innocence (see episode 9 in particular). This could be forgiven if the listener was reminded that we're playing devil's advocate here and considering alternative scenarios. But the podcast instead insults the listener's intelligence, simply forgetting how obscenely implausible the alternative scenarios are in the grand scheme of things and asking us to not question what we're hearing.

The podcast touches on what it sees at some failings of the UK / Scottish justice system, namely the adversarial nature of it - accused is presumed innocent, prosecution makes their case, defence critiques the prosecution's case, jury decides essentially which side they believe is more plausible - the failings are seen to be that the truth falls by the wayside, and compelling stories from both sides are preferred.

Without irony, the podcast then ignores objective truth, forgets to ever mention large swathes of charges that were also levied against Gilroy at his initial trial - offences of violence towards his wife and children, (we never hear that these allegations include brandishing a knife at his wife, hitting her with a frying pan, threatening his children with violence - all dropped after his wife refused to take the stand). We never here about previous breach of the peace incidents at Crieff hydro. We never hear that Gilroy assaulted and threatened to stab and kill a neighbour of Suzanne's and brandished a fistful of car keys at him when he'd appeared concerned after overhearing an argument at her flat.

We never hear that David purchased a quantity of charcoal at a petrol station on his travels to / from Lochgilphead that were claimed to be for a BBQ. We never hear that his wife and children no longer stand by him, and have dropped the Gilroy name.

There's much much more that anyone with even a passing interest in the case from the Edinburgh area is well aware of, and is corroborated. However the purpose of the podcast isn't to inform the listener - it's to present a compelling, and on-the-surface plausible alternative revisionist version of events.

If you don't care about the real effects misinformation like this can have in the real world, with crowdfunding and public perception playing an ever greater role in the way justice is handled - crack on. With rational thought switched off this is an enjoyable listen. But in a world where the truth counts for less and less, this podcast and many like it represent a depressing and dangerous trend towards valuing unscrutinised stories that kind-of make sense only on the surface more than anything else.

This was gripping from the start - and once I'd started to listen, I couldn't stop. It's a well thought out account and analysis of what appears to be a rather wobbly conviction. Sophie and Darren are thoughtful in their research and have empathy with the people they interview. They show no judgement or bias in their narration, so I didn't feel I was being led in a particular direction by them. Thoroughly enjoyed it - looking forward to the next one, please!

The UK's answer to Serial!

I was completely hooked, and binged this in an entire day! Didn't know about the case beforehand, but I was gripped, horrified and terrified at times by this brilliant podcast. Very well put together, and it wasn't over the top like some American shows can be!

Anyway, this is well worth a listen if, like me, you're obsessed with true crime! Great to have a quality British listen, with two refreshingly British voices.

I really enjoyed listening to this and found it to be well presented and interesting, however, I couldn't help feel that it was biased towards Gilroy in order to highlight the issues with the judicial system and make a point. This became frustrating for me. For example, there is a bit where they mention that all of his co-workers believe he was responsible and that he was a strange and difficult character. The presenter then comments that she hadn't picked up on that when talking to him, and the podcast moved on. We don't hear WHY they all think that, what has David done in order for them all to believe him guilty of MURDER? They also have a clip of Suzanne's friend saying that she told him that her and David often went to the basement. They then don't push this AT ALL with David when he says he has only been there once with a manager. I didn't understand why they didn't say to David that Suzanne said otherwise. That's a big deal. He says he hasn't got a key, but how is he getting in there with Suzanne?... Interesting listen, but chunks of information missing in my opinion.

Voice of a killer?

The disappearance and suspected murder of Suzanne Pilley ranks as one of the most notorious cases in Scottish criminal history. Here David Gilroy, her lover and the man convicted of killing her, is interviewed from prison, and the evidence that sent him to jail for a life sentence is re-examined as he prepares for another appeal. I approached this with caution as I’d never doubted Gilroy’s guilt, but the podcast does highlight the extent to which the case against him rested on highly circumstantial evidence, with zero forensics. At the very least, it’s unlikely you’ll complete this series without questioning whether an innocent man was wrong jailed.

….its really hard to see how this is beyond reasonable doubt - far too many questions - hopefully a follow up will cast more light!
Well crafted and performance is more than five star.

This is quite a good podcast however I personally felt that the presenters were pushing a narrative, that Gilroy is innocent. There is no breaking outcome or answers from this podcast, nothing that made me think WOW! Further I felt they could have gone more into the odd/suspicious behaviour from Gilroy, rather than just taking his word during interviews. Also they could have pressed him during the interviews rather than trying to be friendly.

Overall quite a good listen, very well presented and put together podcast.

Other great podcasts on truecrime - Serial, Beyond Reasonable Doubt and True Crime Bullsh*

Completely gripping and fantastically brilliant as the authors lead you through theories and experts offer insights. You won’t be able to stop listening

If you love "discovery investigation tv programme" you will love this. It is very similar as if you were watching a TV programme.

This is "beyond a reasonable doubt" a great listen but unbiased, wholly truthful and reliable? No, huge amounts of info that is in the public domain corroborated and pertinent to the case that all points to the perpetrator being guilty and therefore doesn't fit the predetermined narrative of this podcast has simply been ignored. The jury were right.

So desperate for counter argument!

I find this SHAMELESS. That poor family. I hope they never have to listen to this ridiculous defense of their daughter’s murderer.