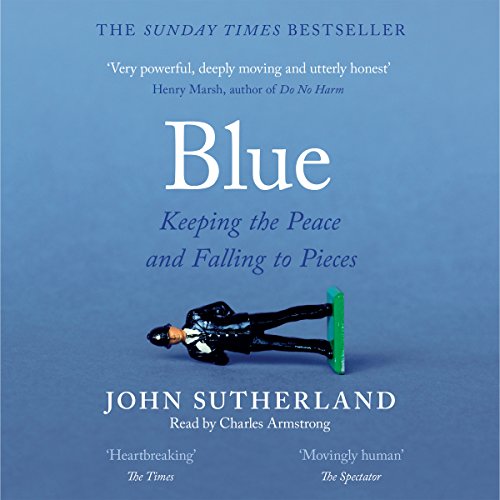 By: John Sutherland
Narrated by: Charles Armstrong
Try for £0.00

John Sutherland joined the Met Police in 1992, having dreamed of being a police officer since his teens. Rising quickly through the ranks, and compelled by the opportunity to make a real difference in London's local neighbourhoods, he worked across the capital, experiencing firsthand the enormous satisfaction as well as the endless trauma that a life in blue can bring. There were remarkable, career-defining moments: reaching out to teenagers travelling along the wrong path, commanding armed sieges, rescuing victims of domestic violence from desperate situations, saving lives, and seeing dangerous people taken off the streets. But for every case that ended well, there were others that ended in desperate sadness, as he bore the responsibility for the safety of hundreds of thousands of Londoners on his shoulders.

In early 2013, whilst working as the Borough Commander for Southwark in South London, John suffered a major breakdown and a consequent battle with crippling depression. After a career spent policing the streets and racing to be first at the scenes of crimes and catastrophes, he found himself in pieces, unable to put one foot in front of the other.

Blue is a memoir of crime and calamity, of adventure and achievement, of friendship and failure, of laughter and loss, of the best and the worst of humanity, of serious illness and slow recovery. It offers an immensely moving and important insight into what it is to be a police officer in 21st-century Britain.

What listeners say about Blue: A Memoir

Excellent and courageous tail of his experience

You realise immediately he has high standards and skill recognised by his colleagues. Protecting the public is not only physically hazardous dealing with criminals and the like. Many leave the service before suffering emotionally, broken relationships or like many lesser mortals use alcohol as a legal anaesthetic to numb the stresses of the day to then be dependent on it. An execellent narration giving you an honest analysis i believe of the police service. The stigma of injuries of the mind need to be talk about and treated no more differently than a person recovering from cancer.

I finished this in one day. Absolutely fantastic book. Inspiring, enthralling and humbling book. Highly recommended!

Much enjoyed insight into policing

As the daughter of a former Met police sergeant, I really enjoyed the stories and insight. I have even more respect for officers now. Very brave to write about the mental health issues that are often overlooked for police officers.

Great story of a difficult journey!

I really enjoyed John story and his honesty about the pain he felt. Well worth a listen!

John Sutherland writes beautifully and portrays policing brilliantly as what it is and how the cumulation of many traumatic incidents can impact on your mental health.
Ps Thankyou for your service

A great perspective into the life of a Police Officer and the daily challenges faced.

An enlightening look into the world of can really happen to a police officer.

I found this book extremely enjoyable. I joined the Met a few years after the author so can totally relate to his experience of Hendon, his first station, being given a nickname, his time on street duties and his first arrest.
I also suffered from PTSD which brought on depression so fully understand the horrors he’s seen and had to deal with.
I truly enjoyed it and think all cops should give it a read.
Wac

Fantastic, open and honest look into what many do not see. Thankyou for sharing 👍

I found this incrdibably relatable, the job is a roller-coaster at times. To hear this honest account from somebody as successful as yourself speaks volumes to me personally. A must read.

Very honest and interesting insight into the highs and lows of a long policing career.