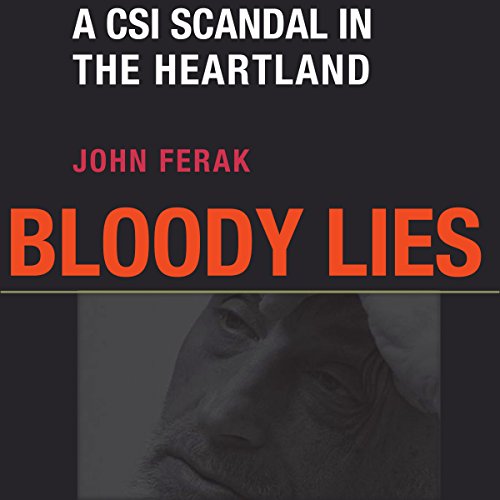 By: John Ferak
Narrated by: Rich Grimshaw
Try for £0.00

The remote farming community of Murdock, Nebraska, seemed to be the least likely setting for one of the heartland's most ruthless and bloody double murders in decades. In fact, the little town had gone more than a century without a single homicide. But on the night of Easter 2006, Wayne and Sharmon Stock were brutally murdered in their home. The murders garnered sensational front page headlines and drew immediate statewide attention. Practically everybody around Murdock was filled with fear, panic, and outrage. Who killed Wayne and Sharmon Stock? What was the motive? The Stocks were the essence of Nebraska's all-American farm family, self-made, God-fearing, and of high moral character. Barely a week into this double murder investigation, two arrests brought a sense of relief to the victims' family and to local residents. The case appeared to fall neatly into place when a tiny speck of murder victim Wayne Stock s blood appeared in the alleged getaway car.

Then, an obscure clue left at the crime scene took the investigation down a totally different path, stretching into Iowa, Louisiana, New York, Texas, and Wisconsin. By the time this investigation was over, the charges against the original suspects were dismissed and two new individuals emerged from the shadows.

Over the next few years, the astonishing bloody lies were revealed, culminating in a law enforcement scandal that turned the case on its head and destroyed the career of Nebraska's celebrated CSI director, David Kofoed. The book is published by The Kent State University Press.

"Ferak's detailing of the Stock murders and their aftermath is both captivating and painfully suspenseful."( Prose 'n Cons Mystery Magazine)
"One of the best true crime books of the year." (Steve Jackson, best selling author of Bogeman)
"This is a first class fact-crime page-turner." (Burl Barer, Edgar award winner, author of Man Overboard)

What listeners say about Bloody Lies

Scary to read this stuff is still happening

Where does Bloody Lies rank among all the audiobooks you’ve listened to so far?

In the middle. Ok but not earth shattering. It is kind of lopsided, as most of the book is about a heinous crime and the rush to judgement, then there is a small bit left at the end getting to the point - the CSI mess.

I love a good they got the wrong guy story

Have you listened to any of Rich Grimshaw’s other performances? How does this one compare?