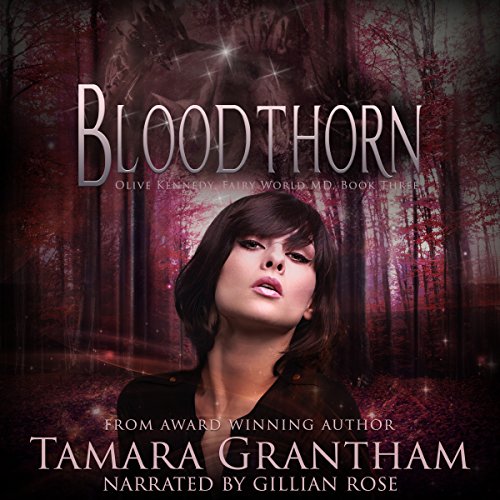 Bloodthorn is a finalist in the 2017 RONE Awards.

In a desperate attempt to earn income, fairy world therapist Olive Kennedy resorts to finding clients at the Texas Renaissance Festival. When she discovers the corpse of her client's husband discarded in her booth, she realizes that earning her next paycheck is the least of her worries. Even worse, Olive learns the murderer may be a magical monster from the fairy realm.

The fae and their escorts arrive from the fairy realm to aid in the investigation, but they do not travel alone. Olive must confront the one person she never wished to see again, Kull - her ex.

After months with no contact from Faythander, Olive hoped the magical drama was over, yet it seems she'll never escape the beings who haunt her nightmares or be free from the man who took away her happily ever after.

Another hit for Tamara Grantham!

Loved this story of Olive and Kull! I'm looking forward to the next book in the series! Tamara has a great gift for creating lovable but realistic characters that her readers can identify and connect with. Enjoyable read! I wasn't the biggest fan of the audio performance, but I'd still listen again to continue the story.