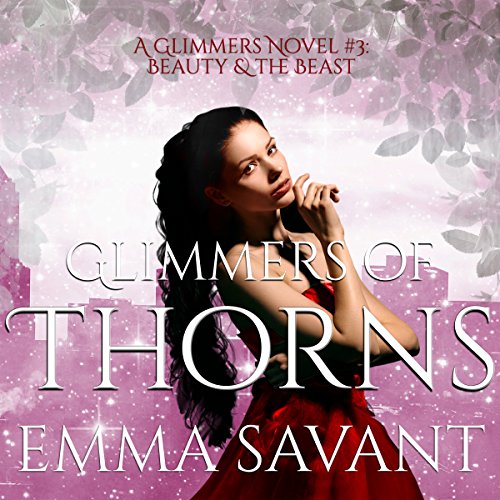 Glimmers of Thorns: Beauty & the Beast

By: Emma Savant
Narrated by: Gillian Rose
Try for £0.00

Ever since Imogen walked into the Oracle's Fountain and out of Olivia's life, nothing has been right in the city of Portland. Attacks against the Humdrums have escalated, fear is creeping through the city like a poison, and Queen Amani seems to have disappeared off the face of the planet.

But Olivia isn't alone. Together with her allies, including an angry hedge witch named Isabelle and Isabelle's beastly boss, she sets out on a quest to save the Glimmering world.

But no quest is meant to be easy, and Olivia's courage will be tested as she's thrown into the path of the one enemy she can't bear to face. As the city begins to spiral into war, Olivia must make a devastating choice - one that will forever redefine what it means to live happily ever after.

What listeners say about Glimmers of Thorns: Beauty & the Beast