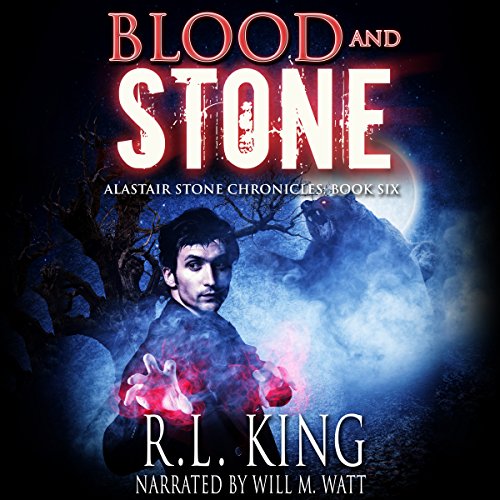 When his friend Jason Thayer disappears after heading to his home town to attend a wedding, the only clue Alastair Stone has to his whereabouts is a cryptic phone message about "something weird" Jason saw shortly before he vanished. Stone travels to the picturesque tourist town where Jason was last seen and is soon caught up in a horrific web of murder, malevolent magic, and a mysterious and ancient force that's resurfaced even more powerful than ever after a long dormancy. What is it, how is it connected to the town and its residents, and why has it returned now? What does it want with Jason? Alone and without his usual resources, Stone must find a way to track down and defeat the malignant entity before it cuts a swath of death across the town--and before it uses its insidious powers to destroy Stone's reputation, his livelihood, and his life.

What listeners say about Blood and Stone

The first of the series that captured my attention from the first chapter. When Jason Disappeared. no Verity to help and an ancient Spirit that jumps from host to host and scares the crap out of Alastair. He is powerless to banish it.

I love this series and can’t wait for the next audiobook to be released. What will Stone get into next?

Most enjoyable. The plot and action is so amazing. Alastair Stone is fantastic. I like the way the story got on and the actions and reactions were superb! Will Watt is an excellent narrator/performer. He made the story come to life. Lots of tense moments. Very, very good. I hope more books will come out ASAP. Well worth a credit.