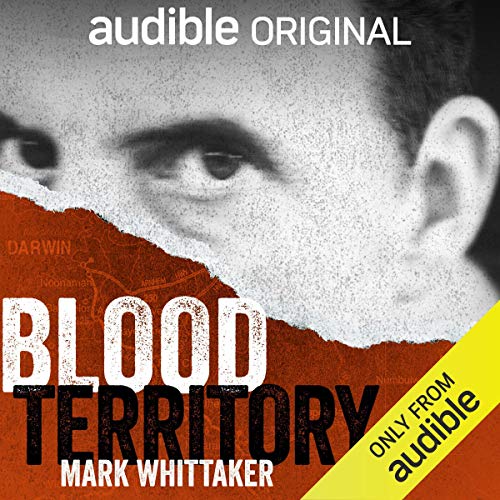 How far would you go to clear the name of the man convicted of your son’s death?

Less than 250,000 people live in the Northern Territory, an area more than twice the size of Texas. If you want to escape from civilisation, you don’t have to go far. But you can’t outrun the heat. Every year during October and November the sweltering climate can drive people wild; they call it ‘Suicide Season’, ‘Mango Madness’ or, more plainly, ‘The Build-up’.

It’s during this blistering heat that Jim O’Connell’s body is found in a creek bed, mummified and with his genitals removed. But when a dubious plea deal buries the truth and puts Jim’s best mate, Philip Mather, behind bars for the crime, the victim’s parents seek to unravel it themselves to prove Philip’s innocence.

Follow journalist Mark Whittaker’s journey into the murky heart of the Northern Territory as allegations of police corruption and judicial racism emerge and a shadowy figure known as The Vigilante lurks on the fringe of the investigation.

What listeners say about Blood Territory

So addictive and well done... I however still have seen huge ignored questions like, for example, the autopsy findings do not correlate with the supposed mode of murder. Shame

well that's 5 hours I will never get back. too confused and it was hard to have any empathy with anyone

This is a great listen from start to finish. An extraordinary story....brilliantly told. Mark had me at "hello".

More than a mystery A journey into people's lives

I enjoyed this immensely, the narration was captivating and I really feel I went on a journey. do I have a definitive conclusion... No but I feel I will be thinking about this for a while. I feel there have been a good few audible podcast with a similar feel like west cork, ghosthunter and John safran VS the occult. I do hope there are more of the same in audibles future.

Well That was a waste of time.... SPOILER ALERT

4 hours of noisy background sounds, horns, traffic, drums etc which made it really difficult to listen to. I was all for giving up, but got hooked into hanging on to hear the vital piece of evidence that cleared the guys name and proved his innocence! Well that was a bit pointless, in the summing up, he made a few inaccurate statements contradicting earlier statements, then came to the conclusion that there WAS no conclusion of innocence!

? miscarriage of justice in Oz

Continuing prejudice causing opacity of the facts. A very good listen about interesting people and the difficulty of solving a real life who-done-it.

I really enjoy true stories and this very good true story held me attention from start to finish. Would rrcommend

it a series well put together. the way the story is told is very clever and interesting

I thought this was a good story, well told. U also thought the reporter did a good and thorough jib if working his way through the story.