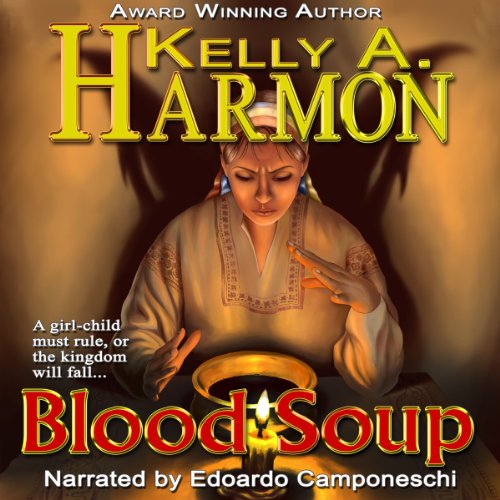 By: Kelly A. Harmon
Narrated by: Edoardo Camponeschi
Try for £0.00

King Theodicar of Borgund needed an heir. When his wife, Queen Piacenza, became pregnant, he'd hoped for a boy. His wife, along with her nurse, Salvagia, had other plans. With each cast of the runes, Salvagia's trusted divination tools yielded the same message: "A girl child must rule or the kingdom will fall to ruin." As such, the women were convinced that the child would be a girl. When the queen finally gives birth, the nurse and the king are equally surprised.

The king is faced with a terrible choice, and his decision will determine the fate of his kingdom. Will he choose wisely, or will he doom Borgund to ruin?

What listeners say about Blood Soup