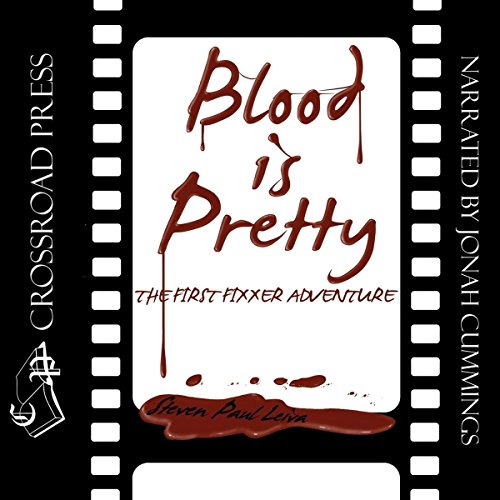 Meet the Fixxer - with wit and aplomb, he works the fruitful fields of Hollywood fixing the sins and correcting the stupidities of the denizens therein. In Blood is Pretty, he comes to the rescue of "the most beautiful woman I have ever seen" to extricate her from the grip of the soul-sucking sexual desires of a producer born in slime, and takes on the task of buying off with money and muscle a film geek who won't cooperate with a director of minuscule talent who simply wants to claim "V" - the geek's "Holy Grail" of a film treatment - as his own.

When the film geek is discovered dismembered, the Fixxer is compelled to know why and finds worlds of evil, both real and virtual, centering around a computer program called Veritas, which has the potential of making its owner the richest and most powerful human on Earth.

With the aid of Roee, his friend, companion, and cook, who can kill quickly and silently in several different ways; the Captain, officially with the Los Angeles Police Department, unofficially with the Fixxer; Petey, extraordinarily brilliant and comically strange; and "the most beautiful woman I have ever seen," the Fixxer goes forth to do battle.

A combination of Hollywood hip and virtual reality gone wild. Can't wait for the next one!