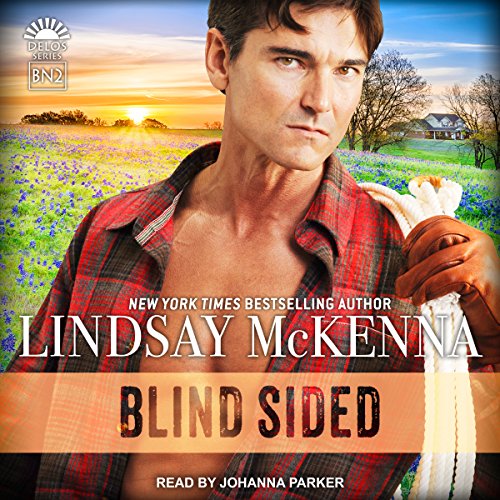 By: Lindsay McKenna
Narrated by: Johanna Parker
Try for £0.00

Cade Patterson and Kara Knight have known each other since they were kids. But a boy from the wrong side of the tracks has little in common with the homecoming queen, so they never acted on their mutual feelings. After a stint in the Marines, Cade has returned to his hometown older and wiser, and now works for the sheriff's department. When he responds to a break-in call at the Delos Home School Foundation, the last person he expects to see there is Kara. All of his feelings and protective instincts go into overdrive when he learns she has been attacked.

Kara never expected to see Cade Patterson again, and especially not while she is nursing a broken nose after a break-in at the school where she works. Kara has never forgotten the boy she grew up with, and she is impressed with the man he has become. When Kara's house is ransacked, Cade takes her home with him until they find out who is responsible. As the danger around them escalates, Cade fears he may have waited too late to let Kara know she has always had his heart.

What listeners say about Blind Sided

Great book. Not a great reader.

I loved the book and storyline. But i almost couldn't stand listening to Johanna Parker.