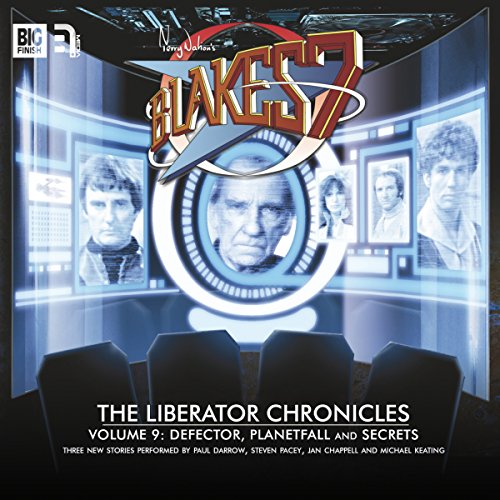 Three audiobooks performed by the stars of the classic BBC television series.

Defector: Avon orders Tarrant and new crewmember Del Grant to assassinate a Federation figurehead. Has he gone too far this time?

Planetfall: Can Avon and Cally get off Space Station Arcadia before it crashes into the planet below?

Secrets: With the future of the rebellion in jeopardy, Vila and Grant infiltrate an illegal arms bazaar - but who exactly is Solvin Tavac, and what does he want with the crew of the Liberator?

What listeners say about Blake's 7 - The Liberator Chronicles, Volume 9

very good, great drama. Little error on Villa's past which does not fit TV narrative but does not spoil episode.