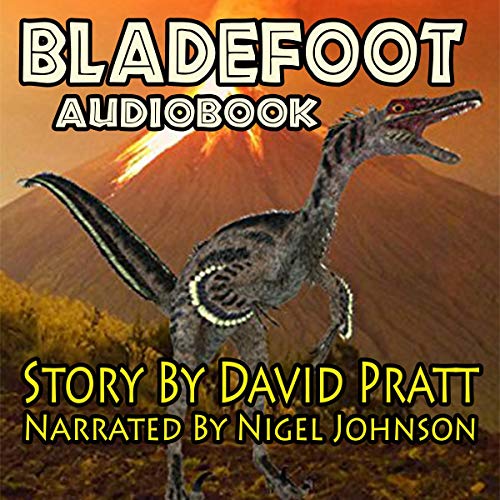 This is a tale set 65 million years ago, in what is now Alberta, Canada, during the Age of Dinosaurs. Bladefoot the Troodon must depart from his parent's territory before they turn against him while dodging his long time rival Cutter. Once he leaves his dwindling sanctuary, he must avoid vicious, bloodthirsty predators that thunder across the land, swoop down from the air, and lurk beneath the apparent still waters. Bladefoot must also confront volatile armoured herbivores and the threats of an angry Earth if he is to succeed his mission of finding his own home range and a female companion to start a family. During his quest, Bladefoot will face many different trials and tribulations. For Bladefoot, failure is not an option is he is to pass on his genes to the next generation. However, the world where he lives is in the shadow of a much greater power.

What listeners say about Bladefoot

An Interesting Take on an Anthropomorphic Story

A mixture of story and interesting dinosaur facts. Never knew Troodon was until this book.

I very much enjoyed this audiobook and look forward to more audiobooks from this author and production team.

There has been a lot of controversy lately about Jurassic World, the latest in the Jurassic Park series of films, and the fact that it is scientifically inaccurate, largely ignoring the latest evidence and discoveries which have added to our knowledge of dinosaurs.