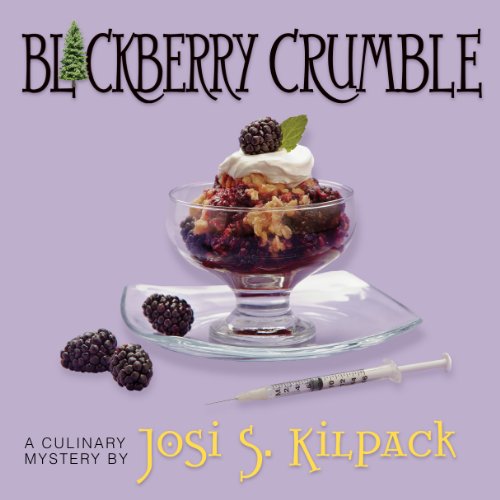 By: Josi S. Kilpack
Narrated by: Diane Dabczynski
Try for £0.00

The word is out about Sadie Hoffmiller's amateur detective work, but it's not the kind of publicity Sadie wants. When Jane's article threatens Sadie's reputation in the community, she accepts her first investigation-for-hire and travels to Portland, Oregon - if only to give herself some space from her whispering neighbors. And from Pete, who is sending her mixed signals about their budding relationship.

Sadie hopes the Portland air will clear her head, and she is eager to get to work for May Sanderson, who has suspicions about her father's untimely death. Putting her detective skills to the test, Sadie delves into a complicated past that includes a business partnership that didn't end well, several unsavory family secrets, and more than a few motives for murder. Sadie is afraid she might crumble under the pressure, but in a new place with new recipes, she finds herself more determined than ever to uncover the answers buried in scandal, insatiable appetites, and pure and simple greed.

"Blackberry Crumble offers up a thrilling murder mystery!" (Association for Mormon Letters)
"Blackberry Crumble is a delightful mystery with wonderful characters and a white-knuckle ending that'll leave you begging for more." (Gregg Luke, author of Blink of an Eye)

What listeners say about Blackberry Crumble