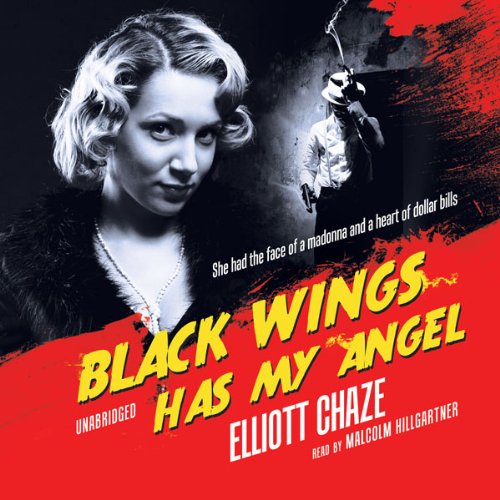 Black Wings Has My Angel

She had the face of a madonna and a heart of dollar bills.

"I came back and searched dizzily under the trailer, muttering the way drunks do, and then I heard it. A shuffling around inside the trailer. The little tramp had knocked me in the head with her Southern Comfort and now she was in there loading up....She didn't know I was alive."

A legend among noir buffs, Chaze's long-lost pulp classic is the dreamlike tale of a man after a jailbreak who meets up with the woman of his dreams - and his nightmares.

Elliott Chaze (1915 - 1990) was an old-school newspaper man who began his journalism career with the New Orleans bureau of the Associated Press shortly before Pearl Harbor. He worked for a time for AP's Denver office after paratrooper service in World War II, and then migrated south to Mississippi where he spent 20 years as a reporter and award-winning columnist. He is the author of several novels.

"An astonishingly well written literary novel that just happened to be about (or roundabout) a crime." ( Oxford American)

What listeners say about Black Wings Has My Angel

Would you listen to Black Wings Has My Angel again? Why?

Definitly. The author actually gives you 2 stories in the book. The story line is engaging.

the insight that Chaze has into the human psyche. He understands what makes human tick. His story is a study in human frailties.

What does Malcolm Hillgartner bring to the story that you wouldn’t experience if you just read the book?

His emotion. He does not overplay any part yet conveys every emotion, every nuance, every scene

I could have, but took 2 sittings

a very solid noir book . A must have in your library !!!

Speaking of angels, Chaze writes like one. This is a big muscular spectacular book. Unforgettable work from both the author and the narrator.

A strange and bizarrely moving novel concerning two people whose love is as weird as the life they share.